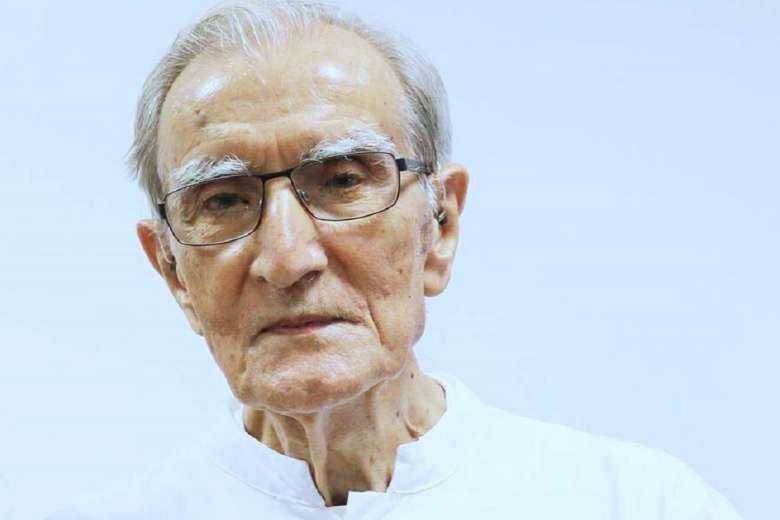 A 100-year-old Portuguese Jesuit priest who has spent more than half his life working in Timor-Leste has been awarded the country’s highest honor.

Father Joao Felgueiras, who turns 101 next month, was one of several people to be awarded the Order of Timor-Leste by President Francisco Guterres on May 18.

The award, introduced in 2009, is aimed at honoring individuals “who in their professional, social activity or even in a spontaneous act of heroic or altruism, have contributed significantly for the benefit of Timor-Leste, the Timorese or humanity.”

The award is split into several grades, ranging from insignia, medal, collar, and grand collar which is exclusively reserved for heads of state.

Father Felgueiras, who received an award in the insignia category in 2016, will now receive the higher collar-grade prize.

President Guterres said Father Felgueiras was being recognized for making important contributions to society and the development of Timor-Leste.

The priest arrived in Timor-Leste in 1971, to become vice-chancellor of the diocesan seminary in Dili.

He also taught Portuguese at St. Joseph High School in Dili, which taught many of Timor-Leste's leaders.

After the 1975 Indonesian invasion, he decided to remain in Timor, but was reportedly kept under surveillance by the Indonesian authorities.

In 2006, he and Pastor Jose Alves Martin – who died in March this year – published a book on political events in Timor-Leste since 1975.

In a recent interview with the Portuguese news agency Lusa, he said he is still enjoying life in Timor-Leste very much.

"I just do what other people do and I live as long as God gives me, that's all," he said.

He said, “I feel Portuguese and Timorese. I came here as a missionary to work as long as the Society of Jesus wanted and that is how it is now.”