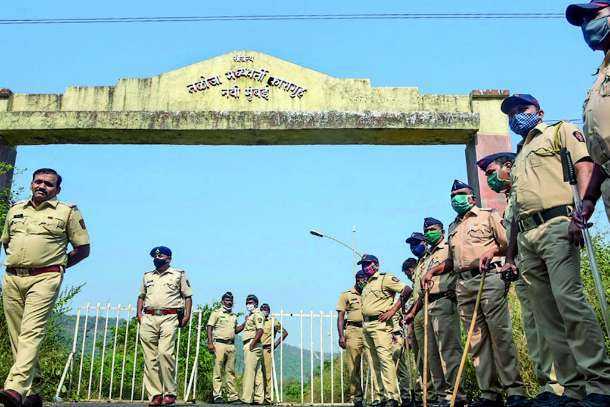 An elderly Jesuit priest struggling in an Indian jail with ill health says he still finds happiness in listening to the stories of other inmates and credits his congregation for the training that helped him cope with such a difficult situation.

Father Stan Swamy, 84, has been in Taloja Central Jail in Mumbai, capital of Maharashtra in western India, since Oct. 9 following his arrest on charges of sedition and links with outlawed Maoist rebels.

The priest is suffering from Parkinson's disease, a hernia and age-related ailments and is unable to eat and drink without help from other prisoners.

Inmates help him to bathe, wash his clothes and do other daily chores on account of his age and ill health.

“Listening to the life narratives of the poor prisoners is my joy in Taloja prison. I see God in their pains and smiles,” Father Swamy told one of his priest colleagues in a telephone call.

The priest also revealed his struggle to drink tea and water without the help of a straw or a sipper after jail authorities refused to allow him a sipper-tumbler that he brought with him when he was taken to the prison.

“Now, I am using a baby-sipper mug, which I purchased through the prison hospital. I have communicated this need to our lawyers. I am still awaiting to receive the sipper-tumbler,” Father Swamy said.

The priest maintains an attitude of contentment even in his struggle and gives credit to his Jesuit training and close to 50 years of working with underprivileged indigenous and Dalit former untouchable people.

“My needs are limited. The adivasis [indigenous people] and the Society of Jesus have taught me to lead a simple life,” he said.

“The prison administration provides breakfast, tea, milk, lunch and dinner. Any additional edibles are to be purchased from the prison canteen twice a month.”

Newspapers, toiletries, stationary and other essentials can also be purchased through the prison canteen.

Father Swamy asked for prayers to Varavara Rao, another elderly man accused in his case. “Varavara Rao is very sick. Kindly pray for him”.

The 80-year-old Rao, an activist, poet, teacher and writer from the southern Indian state of Telangana, has been in Taloja Jail since August 2018.

On Nov. 17, Bombay High Court directed authorities to take Rao to a hospital for 15 days. The court noted that Rao was almost on his death bed.

“Father Stan is so down to earth that he used to eat whatever poor people offered him,” said Father A. Santhanam, a Jesuit lawyer practicing in the Madurai bench of Tamil Nadu High Court.

“Father Swamy is in great difficulty in the jail and cannot even eat and drink without others’ help. We are encouraged by his great words to be happy in the most difficult times. It is a living testimony for any missionary on how to deal with a painful situation.”

The National Investigating Agency (NIA), a federal agency empowered to combat terror in India, arrested the priest on Oct. 8 from his residence in Ranchi, capital of Jharkhand state, and charged him under the stringent Unlawful Activities Prevention Act (UAPA).

Father Swamy tried for interim bail on account of his failing health and old age, but the court dismissed his request on grounds that he was arrested under the UAPA.

The priest has denied any wrongdoing. Church leaders have accused authorities of persecuting the priest because of his work with marginalized communities. The case has also attracted the attention of the United Nations. The next hearing of his case is on Nov. 26.