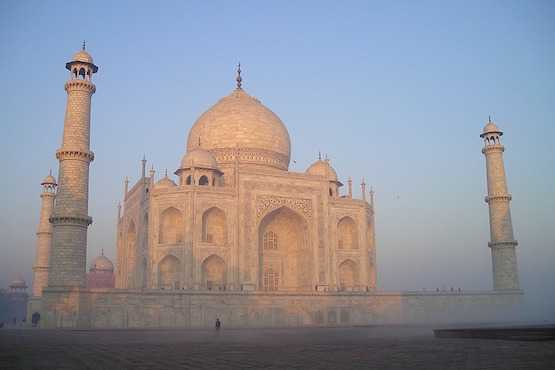 The Taj Mahal, a UNESCO World Heritage Site, was commissioned in 1632 by Mughal emperor Shah Jahan. There are fears that if Hindu hardliners get their way, the history of India's Muslims will focus on them as being invaders. (Photo from Maxpixel)

Christian and Muslim leaders in India are appalled by federal government moves to "revise" the country's history in a bid to push a pro-Hindu narrative.

Reuters revealed last week that a committee appointed by the Narendra Modi government has been working for six months to prove Hindus are direct descendants of India's first inhabitants. The reports also said that the committee is seeking to demonstrate that ancient Hindu scriptures are fact, not myth.

The aim of Modi's pro-Hindu Bharatiya Janata Party (BJP) and affiliated Hindu groups is "ultimately to shape the national identity to match their religious views, that India is a nation of and for Hindus," reported Reuters, which broke the story on March 6.

Culture Minister Mahesh Sharma told the news agency that the committee was part of larger plans to revise India's history.

Christian and Muslim leaders say the move is a systematic attempt to sideline non-Hindus as second-class citizens in their own land.

The measure "cannot be appreciated" and especially as it comes amid accusations of the government ignoring "burning issues" of the country, said Bishop Theodore Mascarenhas, secretary-general of the Indian bishops' conference.

"There is large-scale poverty in the country, coupled with marginalization and alienation of the farmers and village poor," Bishop Mascarenhas told ucanews.com. "Instead of trying to rewrite history, the government should first deal with the issues troubling the common masses."

Catholic lay leader A.C. Michael said the effort to revise or rewrite history was part of an agenda to bury Christian contributions to India's development and to demonize Muslims as invaders who inflicted violence upon Hindus.

Michael agreed with Zafarul-Islam Khan, chairman of the Delhi Minority Commission, that the committee aims to extend the Hindu-nation agenda beyond politics.

Khan said the government wants to educate young generations with a world view of Hindu hegemony. "This will further entrench the Hindu-nation narrative in the Indian polity and marginalize non-Hindus," he asserted.

BJP's ideological mentor, the Rashtriya Swayamsevak Sangh (RSS), has been claiming that the ancestors of all Indians — Christians and Muslim included — were Hindu and that they must accept the common Hindu ancestry and all cultural aspects of Hinduism.

Prominent RSS member Dinanath Batra has argued that the world's first airplane was invented in India because Indian epic Ramayana speaks of Hindu lord Ram flying in a mythical vehicle  to Sri Lanka.

Some Hindu educationists have likewise been advocating the removal of Urdu and Persian worlds from school textbooks. They also want to avoid eulogizing Muslim rulers including the Mughal Empire who ruled most of northern India from 1526-1857.

Kausar Rza, a Muslim leader, said the move also aims at attracting votes. "The BJP came to power four years ago promising development and employment. No promises were fulfilled. Next year we face another election, so the BJP is raising these emotive issues for votes," she said.

The history of Muslim rule in India started in the 12th century and continued until the 19th century with ups and downs until the British siege of Mughal Delhi in 1857. Most Muslim rulers came from what is now Afghanistan and were responsible for building some of India's most notable structures such as New Delhi's Red Fort, Agra's Taj Mahal and thousands of mosques across the subcontinent.