A miner shows pieces of ruby and jade at a ruby mine in Mogok, north of Mandalay, in November 2016. Myanmar produces more than 80 percent of the world's rubies, yet decades of isolation mean the industry remains cloaked in mystery. (Photo by Ye Aung Thu/AFP)

Father Lucas Dau Hkawng, parish priest of St. Patrick's Church in Hpakant, said at least 50 Kachin Christians were among the dead and injured.

"Quite frankly, this is an economic war. The concerned parties such as the military and ethnic armed groups engage in fighting, talking about peace and sharing the profit from natural resources at the expense of human lives," he told ucanews.com.

Father Dau Hkawng said the government and every citizen should be concerned about the environment as people have suffered from poor practices.

At least 15 people were killed and 45 injured in a landslide at an old jade mine in Hpakant township on July 14, according to government report on July 15.

The worst jade mine accident occurred when a landslide killed 110 migrant workers on Nov. 21, 2015.

Christina Kai Ra, president of the women's department at the Kachin National Social Development Foundation in Hpakant, said human dignity was neglected whenever people gave their lives in a jade mining landslide.

"We have repeatedly called for halting digging jade with big machines but the government fails to heed the voices of civil society and people," Kai Ra, a Catholic activist, told ucanews.com.

Steven Tsa Ji, general secretary of Kachin Development Networking Group, said it was a man-made disaster and companies have failed to take responsibility for poor regulations in digging jade in a lawless region.

He strongly condemned the union government for failing to fix the jade industry as hundreds of people give their lives annually. 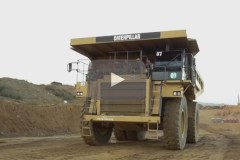 "It is the right time for the government to consider how to place regulations on companies linked to military leaders and cronies," Tsa Ji told ucanews.com.

Resource-rich Kachin State is 90 percent Christian and has been beset by sporadic fighting for several decades. More than 100,000 people remain displaced since fighting restarted in 2011.