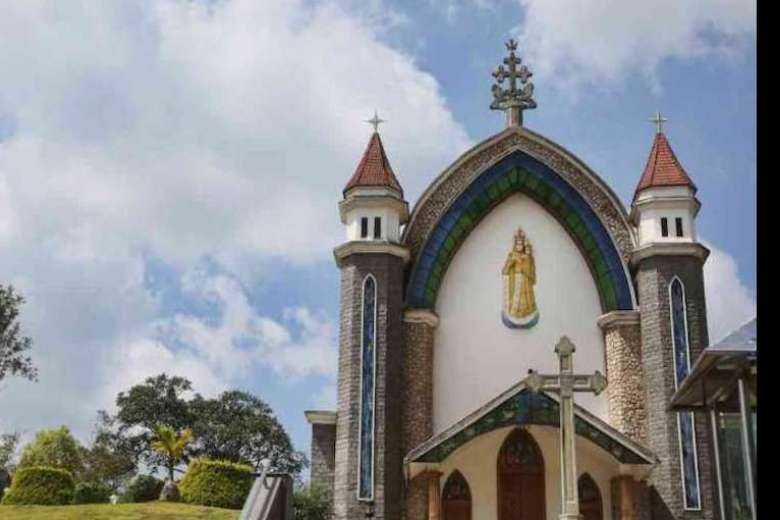 Abin Kuriakose was headed to visit Mount St. Thomas in the southern Indian state of Kerala when he spotted a discreetly positioned sign by a small office that piqued his curiosity.

To find out more, he did what all curious millennials do -- he Googled it.

"And that's how I came across CNEWA and the incredible work that's being done," said Kuriakose, 31, referring to the Catholic Near East Welfare Association, "and how much of that work, from my perspective, is supporting the best of things happening in the Syro-Malabar Church in India, our religious congregations, our missionary work and our social services."

Kuriakose began following the papal agency's work immediately, signing up for its newsletters and quarterly magazine, ONE. Upon his return to Chicago, he also wondered what more he could do to promote support among his peers for the flourishing of the Eastern Catholic churches.

With the lull created by COVID-19 lockdowns, Kuriakose decided the time was right to pitch what he had been thinking about for almost five years.

In August 2020, he contacted CNEWA through its website and introduced the idea of an associate board of North American Eastern Catholic young professionals who would engage with the work of the papal agency in support of the Eastern Catholic churches.

Msgr. Vaccari invited all of the Eastern Catholic bishops across the United States and Canada to appoint a young professional from their church to the board and Kuriakose drew up the board's bylaws. The associate board held its first meeting last December.

The board currently has seven members, between the ages of 25 and 40, from across the U.S. and Canada, representing the Maronite, Syro-Malabar, Syro-Malankara and Ukrainian Catholic churches. Kuriakose said the goal is to have every Eastern Catholic eparchy in North America represented.

He sees the board's role as raising awareness about and funding for CNEWA's work for the Eastern churches worldwide.

The board also would facilitate collaborative partnership opportunities and form a community for Eastern Catholic young professionals in the United States that could "learn about each other's churches, but also be supportive of each other's projects," he said.

"What's core to this platform is what I would call 'pan-Eastern Catholic collaboration,'" he said.

"It's important that people know about us, that we are a powerful presence within the Catholic Church -- and 'we' are the Eastern Catholic churches," said Mariya Kokor, development director for the Ukrainian Catholic Eparchy of St. Nicholas of Chicago.

"The other important reason is networking. It's important, especially here in the United States for us to get to know each other, to understand and share our experience," she continued. "It always helps. You get ideas from other churches, how they do things, and you try to improve things in your own church."

"The third, and maybe the most important, is to continue doing the mission of the Catholic Church," she said.

Sandy Risha is a mechanical engineer and a parishioner at St. George Maronite Catholic Church in Uniontown, Pennsylvania.

She decided to take up the invitation of her bishop, Bishop Gregory J. Mansour of the Maronite Eparchy of St. Maron of Brooklyn New York, to join the associate board when she realized how "CNEWA's mission is critical to the Middle East community, which is important to me since my Maronite roots originate in that area."

"I appreciate that at the core of CNEWA's mission is that they are rooted in the Catholic faith," she said. "Their work is a great way to show Christians and non-Christians alike that we are doing great things in the world by helping those in need."

"CNEWA is ... physically out there with 'boots on the ground,' lending a hand, showing the world that we love our neighbors," she said.

Risha and Kuriakose agreed that CNEWA is not very well known in their faith communities, especially among their peer group.

Chris Kennedy, a development officer for CNEWA, accompanied the young professionals in the formation of the associate board. He applauded the board's creation as a significant grassroots initiative.

"They're really interested in the mission and the health of the Eastern churches at home and abroad," he added.

"I think most people would be very impressed and inspired by the work CNEWA has done for decades," said Kuriakose.

"The reason CNEWA's stories are so important," said Kuriakose, "is because sometimes, in different Eastern communities, we get preoccupied with our own internal politics. A lot of people forget the true face of the church is bound up in stories of service and they're beautiful."