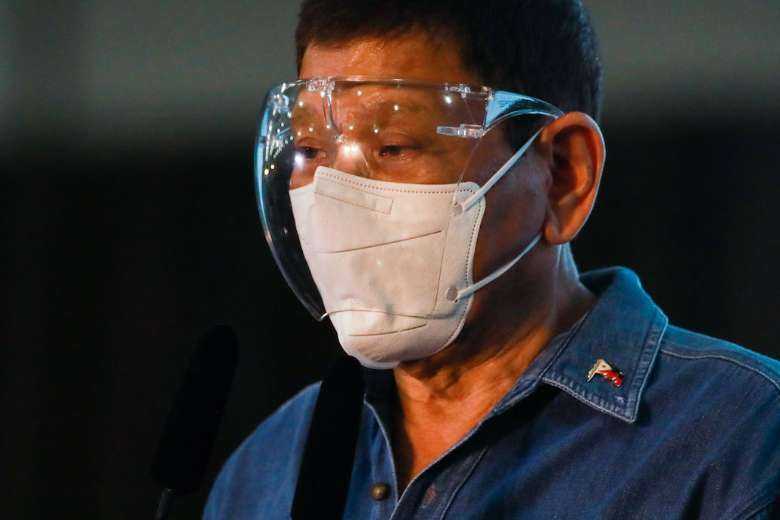 Philippine President Rodrigo Duterte has revealed that he is quitting politics because of an International Criminal Court (ICC) investigation into his war on drugs.

On Sept. 15, the ICC formally opened a probe into Duterte’s alleged crimes against humanity committed between Nov. 1, 2011, when Duterte was chief executive of the Davao region, until March 16, 2019, when he became president.

After previously insisting he would not participate in any ICC proceedings, Duterte said on Oct. 4 that he would go back to his home in Davao City to prepare his defense for a possible court trial.

“I accept the judgment of the people … They want me to go home to Davao and wait for hundreds of cases. I’ll wait for you. I will prepare for my defense for the ICC,” he told the press.

Duterte, however, challenged his critics not to fabricate stories about extralegal killings by including natural deaths in the list of victims in his war on drugs.

“Just don’t lie. Just tell the truth, there are records anyway. Don’t make things up, like including in your charges against me those who died from malaria. That’s already nonsense,” he said.

Threat and rumble. Nonsense and imbecile words … Step down while you still can or, by your very words and actions, you’re creating your own doom

“You wouldn’t be seeking justice there anymore. I will give it to you. I am not scaring you. Just don’t tamper with the evidence.”

Duterte made a sudden announcement on Oct. 2 that he was retiring from politics because of the popular opinion that he would be violating the constitution if he ran to become vice president in next year’s election.

Divine Word priest and staunch Duterte critic Father Flavie Villanueva, however, said Duterte should resign as president immediately while he can still save himself.

“Threat and rumble. Nonsense and imbecile words … Step down while you still can or, by your very words and actions, you’re creating your own doom,” Father Villanueva told UCA News on Oct. 5.

“It is clear that he is afraid of the ICC investigation. He wanted to go back to Davao because he thought Davao will provide a sanctuary for him. But it is not the case,” Father Villanueva added.

Churchgoers who oppose the drug war likewise said Duterte would probably destroy evidence in Davao or silence members of his gunmen called the Davao Death Squad.

“All of these extralegal killings began in Davao during his term as mayor. The Davao Death Squad is a potential witness to his crimes against humanity. Maybe he will go there to fix it. So, what he means by preparing for his defense actually means burying evidence or silencing potential witnesses,” said a Manila parishioner who wished to remain anonymous.

“He did this before when the Commission on Human Rights headed by Senator Leila De Lima made an investigation. Now he’s doing it again. His actions have a pattern. But once he fixes this, he will return to politics.”