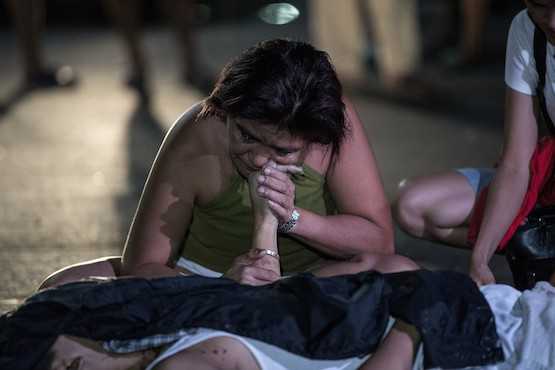 Police have allegedly killed 4,000 suspects in the anti-narcotics campaign while almost double that number have been slain by alleged vigilantes. (Photo by Noel Celis/AFP)

Philippines President Rodrigo Duterte has brought back the national police to his anti-narcotics war, two months after suspending the force from the campaign that has killed thousands of mostly poor Filipinos.

Duterte directed the Philippine National Police on Dec. 5 to provide "active support" to all drug-related operations.

He had previously removed the force from the campaign amid reports of police committing gross rights violations.

He said the president was responding to a "public clamor" to bring the national police back to the anti-narcotics campaign.

There has been "a notable resurgence in illegal drug activities and crimes" since the national police and other law enforcement agencies were barred from participating in operations, Roque said.

"We have documented various human rights violations in the war on drugs," said Rubylin Litao, spokesperson of the group.

Rise Up is helping families of victims file charge against police. Litao said they are currently readying a new set of criminal and administrative cases.

At least two Catholic bishops said reintroducing the national police to the war on drugs is a "bad decision."