Says no greater pain than 'watching mothers searching for food' 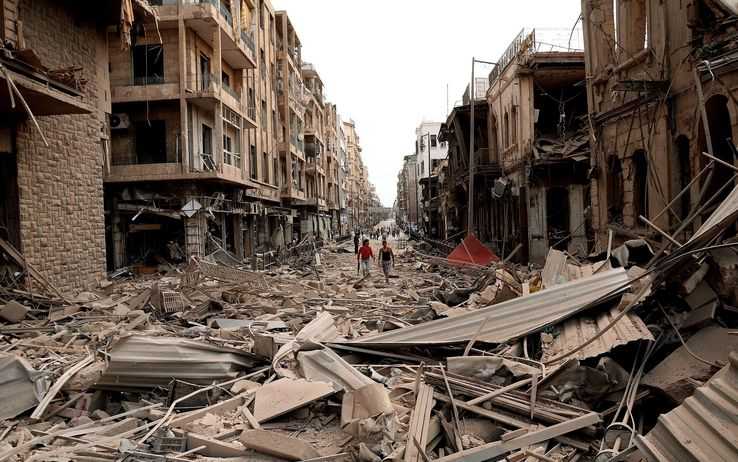 Civil war has left much of Syria in ruins

We refuse to die of hunger in Homs. We Christians and Muslims love life and want to live. This was the appeal Fr. Frans van der Lugt sent via YouTube. The Dutch Jesuit has been living in Syria for decades and is the only European left in the besieged city.

Activists in the Bustan ad Diwan area of Homs shared the video posted on YouTube by Fr. Frans in recent days. The video shows Fr. Francis as he is also known, speaking from what seems to be a church altar.

“I am here to talk to you about the old city of Homs which has been under siege” for one year and seven months now. “I represent the local Christian communities,” the priest said referring to the 70 or so Christians that remain in Syria’s third major city. Homs supports the revolt and has suffered huge destruction under the country’s repressive regime.

“Christians and Muslims are going through a difficult and painful time and we are faced with many problems. The greatest of these is hunger,” Fr. Frans states. “People have nothing to eat. There is nothing more painful than watching mothers searching for food for their children in the streets.”

Medical treatment is another big problem, the Jesuit leader goes on to say. “There are so many people here that need operations and or specialist medical treatment but have to wait a long time, and are forced to go through immense suffering.”