Attended by over 200 countries, this week's major UN conference has ben described by many experts as humanity's last chance to avert the disastrous effects of climate change. 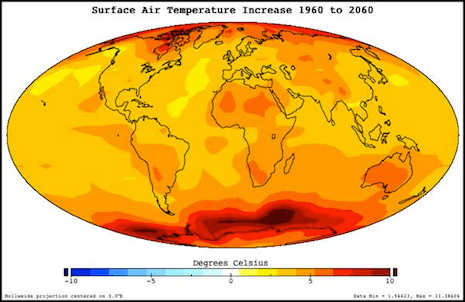 Ferrial Adam was struck by an overwhelming sense of déjà vu as she spoke to a group of Randfontein community workers this week about the dangerous impacts of climate change. Adam, the climate change and energy campaigner for Greenpeace Africa, reflected on how she was a 20-year-old anti-apartheid activist when the perils of a warming world were predicted at the landmark Rio Earth Summit in 1992. “We haven’t learnt from the Rio Earth Summit and that was 20 years ago,” she believes. “At the time of the summit we were told of the possibilities of climate change and the impacts that would happen to us in the next 15 years. “These impacts are happening, but we haven’t moved significantly. Some people would like to believe we have moved, but we haven’t. We still have countries building coal-fired power stations and nuclear power plants.” Together with around 20 000 delegates from nearly 200 countries, Adam will be attending the 17th Conference of the Parties (COP17) to the UN Framework Convention on Climate Change, which gets under way in Durban in the next two weeks, towards negotiating a new climate regime. “Since the disaster of Copenhagen (COP15) we’ve been calling for a fair binding agreement to prevent catastrophic climate change and we’re still calling for that, but we know we’re not going to get that in Durban,” says Adam, who has attended the past two COPs. Full Story:Durban is 'the last chance'Source:Saturday Star, South AfricaTo read the World Council of Churches statement on the meeting,click here