If Covid-19 and its emerging variants are to be stopped, poor nations need the capacity to manufacture vaccines 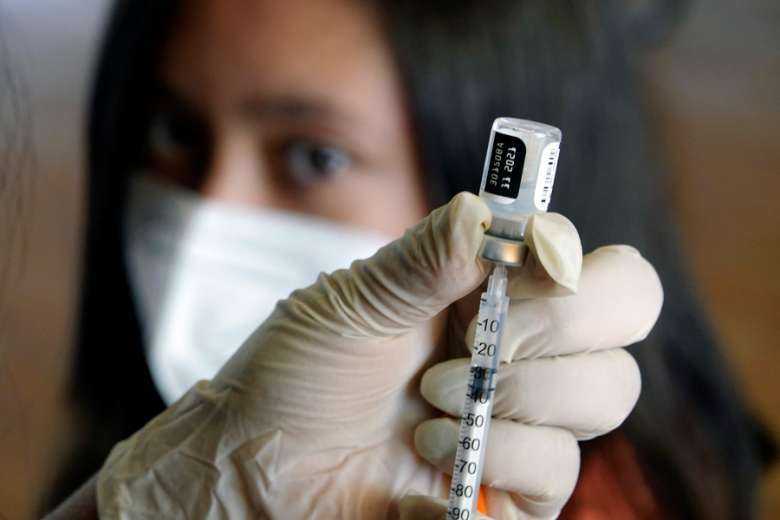 A health worker prepares a dose of the Pfizer/BioNTech Covid-19 vaccine at a private school in Quito, Ecuador, on Sept. 13. (Photo: AFP)

The global North is getting not only vaccinated but receiving booster shots as well to protect against the coronavirus. Meanwhile, in poorer nations, only 6 percent have received as much as a first shot.

If Covid-19 and its emerging variants are to be stopped, poor nations need not only the capacity to manufacture vaccines but the technology behind those vaccines that have been proven successful at stemming Covid-19's spread.

"We would need billions of vaccines available," said Mary Beth Powers, president and CEO of the New York-based Catholic Medical Mission Board, which provides long-term medical and development aid to communities affected by poverty and unequal access to healthcare, focusing on women and children's health.

"Production in the North is increasing, so we should have supplies that are near sufficient," she added, "but that was before we started factoring in the boosters."

Powers, in a Dec. 22 phone interview with Catholic News Service, said: "We should think of the Covid vaccine as a public good -- not a private need," just as with previous vaccines for measles, diphtheria, polio and pertussis. "We should have had a better plan ... or an idea of how to transfer the technology" once vaccines were approved for use.

At a Covid-19 summit in September of this year, according to Powers, participants set a goal of having 70 percent of the world's population vaccinated by next September. However, "we're nowhere near" that goal, she said. "We're maybe at 6 percent of emerging markets of low- and middle-income countries. We're way behind where we need to be."

Governments of wealthier nations have been able to buy millions of doses for their citizens. But the bill from the drug companies is "out of the price range of other countries, and they've had a much slower start getting people vaccinated," Powers said.

Rather than competing with richer countries for what is still a fairly scarce resource, Powers said vaccine-makers must share the technology behind their vaccines.

"There's the element of stockpiles of vaccines and advance market commitments," Powers said. "The Covid vaccine was bought by high-income countries, that's true. They are in the midst of already providing booster doses to their population while others haven't even gotten a first dose."

She acknowledged the argument that "more vaccines are being produced -- but they have to be distributed to get to equity." Moreover, Powers said, they have to be "distributed around the world so that we never get in this spot again."

She added, "The public-private partnership that created the vaccines that are quite effective. But as long as public goods are held by private interests, we're never going to get to equity."

Powers likened the ability to make vaccines to being in a kitchen: "When you want to produce something in your kitchen -- you're trying to make a cake -- you have to have a recipe, you have to have the ingredients to make the cake, and you do have to have a functioning kitchen."

She added, "Our government invested heavily in the development of those recipes and the tech know-how. If that could be shared, we could get closer to the global goals: 70 percent of the world vaccinated by next September."

But the drug firms developing the vaccines haven't been keen on sharing the recipe.

The US government "invested in the development of the Moderna vaccine, but they are also unwilling to share the technological know-how so it can be produced elsewhere," Powers said. Moderna also took a volley of criticism when its patent application for the coronavirus vaccine didn't acknowledge any US role.

Powers also cited a report issued earlier in December by Doctors Without Borders that said there was a Spanish company given the rights to produce the Moderna vaccine, " but they haven't received the full technology transfer that would be required to produce the vaccine."

She told CNS, "If a fund were created that could actually buy the technological know-how and share it more broadly -- functioning kitchens with manufacturers who have the capability to produce the vaccine ... lots of people are working on creative ways to solve this problem to make these vaccines available to other providers."

Until that time, she added, "we get back to 'no one is safe until everyone is safe' with the omicron variant."

Powers said she did not know how much such an effort would cost. But given a worldwide death toll from Covid-19 approaching 5.4 million, some may argue the cost of not making the effort is greater.