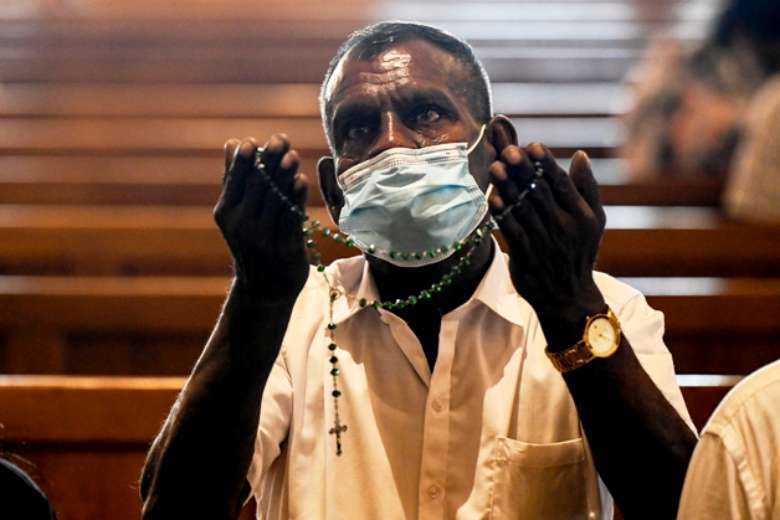 Catholic leaders in Sri Lanka have cast doubts over police investigations into the discovery of a live hand grenade inside a church on Jan. 11, three days before the commemoration of the 1,000th day since the 2019 Easter Sunday bombings.

A caretaker at All Saints' Church in Borella has been arrested by police along with a man suspected of planting the grenade.

Police said the arrests were made after an investigation by state intelligence officials and preliminary inquiries revealed the main suspect was paid 50,000 rupees (US$250) to plant the bomb.

“We very firmly appeal to all the relevant authorities and to the government to take these matters very seriously and handle the investigations with all reasonable skill, care and due diligence,” said Father Jude Sherman Fernando and the parish council of All Saints’ Church in a statement.

The statement strongly condemned the act of placing a hand grenade at a place of worship where multitudes of people had worshiped, found solace and peace since the 18th century.

“It violates the very fundamental rights of the members in our parish community and impacts the very roots of the national security of all the citizens of this nation,” said Father Fernando.

The priest and parish council further expressed their displeasure regarding the manner in which the investigations were proceeding, with the arrests being made even prior to viewing the full CCTV footage provided by church authorities.

The police, Father Fernando said, were insisting on CCTV footage only after 3pm on Jan. 11, which was baffling. A person could be seen entering the church premises with a bag in the footage from morning onwards, he said.

Cardinal Malcolm Ranjith of Colombo has also expressed doubts over the integrity of the police probe, though Defense Secretary Kamal Gunaratne maintained that CID officials had good knowledge of the investigation and hoped they would soon arrest the main conspirators and bring them to justice.

Cardinal Ranjith had earlier called on police to undertake a transparent inquiry; instead, they had arrested the church caretaker who found the device by refusing to view the complete CCTV footage submitted to them.

Opposition leader Sajith Premadasa also expressed his suspicion at the nature of the ongoing investigations.

Public Security Minister Sarath Weerasekera said that such statements could undermine the public's confidence in the police. It is very important that the public should trust the police, he maintained.