Does spirituality without religion lead to mental illness? 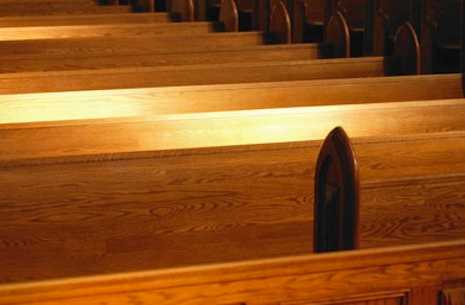 People who are "spiritual but not religious" are more likely to suffer poor mental health, according to a study published in the British Journal of Psychiatry. Michael King of University College London and his colleagues examined 7,400 interviews with folk in Britain, of whom 35 percent had a religious understanding of life, 19 percent a spiritual one and 46 percent neither a religious nor spiritual outlook. The analysis led to one clear conclusion. "People who have a spiritual understanding of life in the absence of a religious framework are vulnerable to mental disorder [dependence on drugs, abnormal eating attitudes, anxiety, phobias and neuroses]." The work supports evidence from other studies too.

All the usual weaknesses associated with asking individuals about religion are at play here, as the authors acknowledge. Nonetheless, the study prompts a number of speculations.

The spiritual itch is a deep one in the human psyche, for those who feel it. To scratch without the support of others might lead to an inner obsession that spirals out of control. It is possible, too, that personal crises drive people to seek spiritual solace that of itself does not address the underlying psychological distress. Then again, the resources of a healthy spiritual tradition, not pursued in isolation, should provide or point to the means of addressing psychological problems. The ground is then gradually cleared for genuine spiritual growth.

This raises another question, though. Do religious organizations in the UK today take enough notice of the insights of psychology and, conversely, do schools of therapy treat spirituality seriously? As the Cambridge psychologist and priest Fraser Watts explored in a recent talk, American therapists, for example, seem to be far happier talking about their clients' spiritual concerns than their British counterparts.

This must highlight broader cultural differences. In the US, religion tends to carry associations of freedom. I remember an American priest once saying to me, when I expressed amazement at the prevalence of religiosity in the US, that Americans came from Europe fleeing religious persecution. The two words "religion" and "freedom" naturally go together in the American psyche.

In Britain, though, it appears that many individuals view religion as an impingement upon their spiritual searching. Christianity, say, is felt to constrain life – perhaps because of the negative attitudes it projects about gay people and women; or because it presents belief as more important than growth; or because it looks more interested in sin than enlightenment. If that is so, the new research is a striking indictment of the failure of British churches to meet spiritual needs: individuals are not just not coming to church, some are becoming mentally ill as a result of religious failure.

Full story: Spiritual but not religious? A dangerous mix