Monks have issued veiled threats to leaders that if their ways are not adhered to, they will oust them 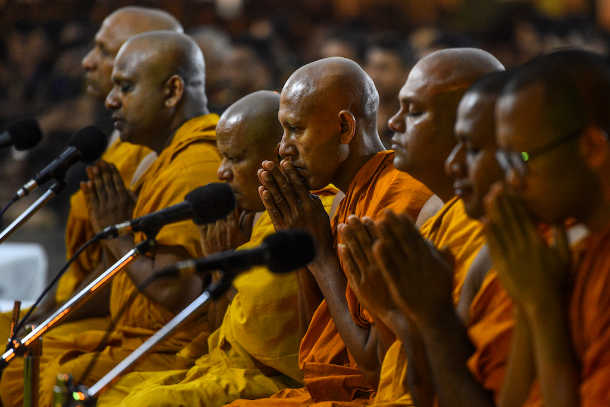 Buddhist monks pray at the historic Kelaniya Temple in Sri Lanka on Jan. 14. Sri Lanka largely belongs to Buddhist clerics and the other faiths are tolerated to live in a friendly manner. (Photo: Ishara Kodikara/AFP)

Sri Lanka is an island in the Indian Ocean central to the region’s sociopolitical situation. Its rich cultural heritage is a resource that is seen as a vantage point for political powers seeking to capitalize their hold on Sri Lanka due to the island’s strategic position.

The superpowers are keen to gain power in the region at the expense of the people of Sri Lanka. So they are caught up in a situation of confrontation with the superpowers.

Though the island boasts many natural resources, almost five centuries of colonialism have stunted its development and, after independence, corruption among political leaders and party rivalry have hindered the advance toward prosperity.

Among the population, followers of the Lord Buddha form the majority, coming to these shores from India when King Asoka propagated the religion in Sri Lanka.