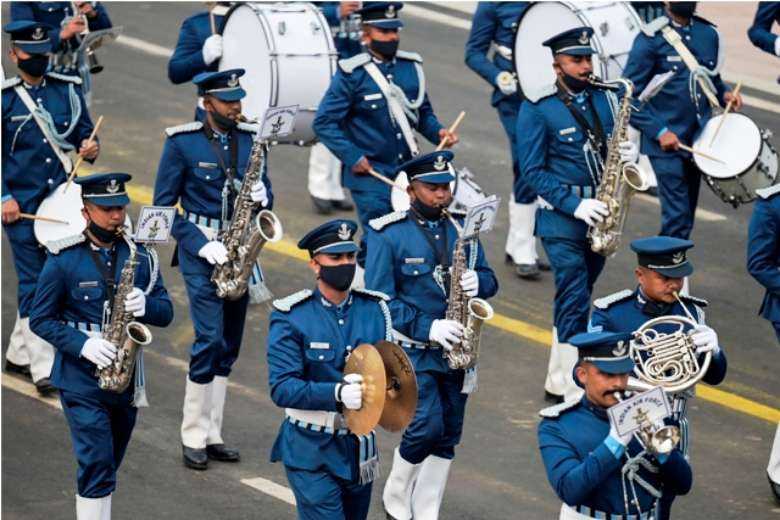 The Indian government’s decision to discard a Christian hymn that has been an annual fixture at the Beating Retreat ceremony at Republic Day celebrations since 1950 has drawn flak from opposition leaders.

The hymn, Abide With Me, which is popular across Christian denominations, was said to be a personal favorite of Mahatma Gandhi, the father of the Indian nation.

Christians were dismayed by the decision to drop the hymn penned by Henry Francis Lyte, a Scottish Anglican minister and played by army brass bands as the last piece before the retreat buglers bring down the Indian flag on the ceremonial celebrations.

“There are so many Indian Christians serving in the armed forces and have sacrificed their lives to protect the nation. Why this discrimination on the basis of religion? Are we not Indians?” asked A.C. Michael, convener of the United Christian Forum.

Michael, a former member of Delhi Minorities Commission, demanded immediate restoration of the hymn, saying Christians were India’s third-largest religion after Hinduism and Islam and were equally proud to be an integral part of their Indian heritage and traditions.

“Why must a song be removed from an official program after so many decades? Why, just because it’s a Christian hymn?” he asked while speaking to UCA News.

It is very sad that an old Christian hymn, which is no longer a Christian hymn but a secular hymn, has been dropped from the Republic Day parade

Michael said that “whoever is responsible for taking such a decision that hurts the sentiments of Christians who are very much citizens of India must explain the reason for doing so."

According to media reports, the hymn did not figure in the program list issued for this year’s Republic Day celebrations starting on Jan. 26.

Rumors have circulated since 2020 about plans by the pro-Hindu Bharatiya Janata Party government led by Prime Minister Narendra Modi to drop the hymn. It even created a controversy with Gopalkrishna Gandhi, a grandson of Mahatma Gandhi, advising against being “impervious to the hymn’s aesthetic, spiritual and human appeal.”

Government sources said that this year the hymn had finally been excluded to accommodate Indian origin or indigenous tunes as the nation celebrates 75 years of independence from British colonizers.

The decision was arrived at by the ceremonial and welfare directorate under the Adjutant General’s branch of the army headquarters in consultation with the Ministry of Defence, the government said.

P. Chidambaram, a senior Congress leader, said the government’s move has hurt the “thinking and sensitive” people in the country.

“It is very sad that an old Christian hymn, which is no longer a Christian hymn but a secular hymn, has been dropped from the Republic Day parade,” he said.

Congress spokesperson Gourav Vallabh said the decision was the result of an “ideological war” going on between the differing ideologies of Mahatma Gandhi and his assassin Nathuram Godse.

The Beating Retreat is a centuries-old military tradition going back to the days when troops disengaged from the battle at sunset. As soon as the buglers sounded the retreat, troops ceased fighting, sheathed their arms and withdrew from the battlefield.

The tradition has been retained and held every year on the evening of Jan. 29 in India’s national capital New Delhi and marks the end of Republic Day celebrations.

AASHISH
Is it a christian hymn or secular ? Make up your mind cause it cannot be both. Why use a colonial hymn to celebrate India as a republic and why not something more patriotic ? Is it pro-Hindu being patriotic ? Cause conversely everything non-Hindu will then be anti-national. This deep divide is being created by vested political interests emanating from those who have long supported the corrupt and deeply-divisive anti-national regime of Congress-party. The rest of the country is not bothered as long as such chaotic anti-national anti-democratic anti-Hindu dispensations are kept aside when looking at national interests. True democracy is where voice of the majority is heard while protecting interests of the minority and all of this while rising above self-serving goals of the ruling class. Space for opposing views or voice without vested interests is the true hallmark of a democracy. Hence a democracy is all about moving forward with checks and balances. But this article has not semblance of either secular or democratic voice. Adieu !!
Reply

SUMAN KUMAR
Only versatile mind like of Mahatma Gandhi could understand and appreciate a hymn that has moved the inner spirit of millions of people around the world. No surprise it is removed from the glorious tradition of the Indian army. Abide with them Lord
Reply