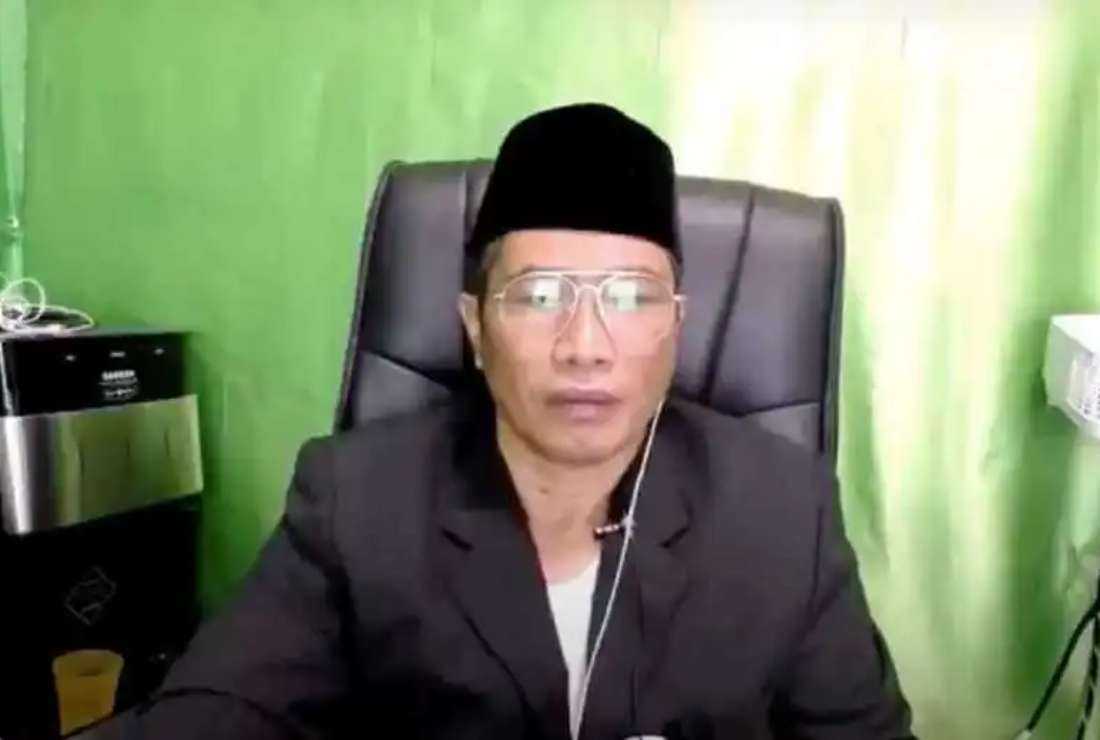 An Indonesian court sentenced Muhammad Kace to 10 years in prison for blasphemy in April this year. He was attacked in detention by a senior police officer last year. (Photo: YouTube)

State prosecutors in Indonesia have sought an additional one-year prison term for a jailed top police officer for beating and abusing a Christian YouTuber convicted for blasphemy.

Prosecutor Andi Jaya Aryandi said that during a hearing at the South Jakarta District Court on Aug. 11, they had demanded a one-year jail term for Inspector-General Napoleon Bonaparte, for using violence to attack someone and cause wounds.

Bonaparte was sentenced to four and half years in March last year by the Jakarta Anti-Corruption Court for bribery. In this latest case, he is accused of beating and smearing the face and body of YouTuber, Muhammad Kace, with human feces while both were being held at a detention center in Jakarta last year.

Kace is a former Muslim who converted to Christianity. He was arrested for posting videos insulting Islam and the Prophet Muhammad. A court jailed him for 10 years for blasphemy on April 6 this year.

In August last year, he filed a police complaint that Bonaparte had attacked him at the National Police’s Criminal Investigation Department’s detention center in South Jakarta.

In an open letter, Bonaparte claimed that his actions were motivated by anger over a Kace video containing insulting remarks about Islam. During an investigation, he testified that he had managed to gain access to Kace’s cell by switching the padlock of Kace’s cell.

“What happens outside affects social interaction inside the jail"

“The defendant smeared the witness, Muhammad Kosman a.k.a M. Kace, with human feces consciously, intentionally and arbitrarily until it caused discomfort or psychological and physical suffering, which will be remembered by the witness all through his life,” he said.

The seeking of the additional term for Bonaparte has drawn mixed reactions.

“It is the subjectivity of prosecutors to demand a jail term. We cannot say whether the demand is light or heavy. It depends on the law they use in the case,” Bonar Tigor Naipospos, deputy chairman of Setara Institute for Democracy and Peace, told UCA News.

However, he acknowledged that those jailed on blasphemy charges tended to be exposed to manipulation and violence.

“What happens outside affects social interaction inside the jail. So, we must pay serious attention to this. There must be protection for them,” he said.

“They should charge him with hate crime. The penalty for such crimes is heavy. It was not an ordinary crime. It happened inside a police detention center,” he said.

He said he has visited more than 30 detainees facing blasphemy charges but never heard one being attacked like Muhammad Kace.

“I have neither heard of a blasphemy prisoner being attacked inside a detention center or prison,” he said.

He said police do torture detainees in custody, which generally occurs during an investigation and in most cases, it is aimed at extracting confessions.

The Indonesian Legal Aid Foundation reported 103 cases of police abuse against prisoners in custody between 2018 and 2020. Abuses included physical and psychological harm and illegal detention.

In one case, a 39-year-old suspected thief died a day after being arrested in an East Kalimantan police station in December 2020. His body showed signs he was beaten.

Azas Tigor Nainggolan, a Catholic lawyer, called on the government to improve supervision in jails to prevent the abuse of prisoners.

“Our jail supervision system is bad enough. There is a lack of monitoring. This is what we need to fix,” he said, asserting that prisoners must be protected irrespective of what their crimes were.