Did women have priestly roles in the early Church?

While there is no conclusive proof, there is evidence to suggest that women may indeed have acted as leaders in ancient Christianity. 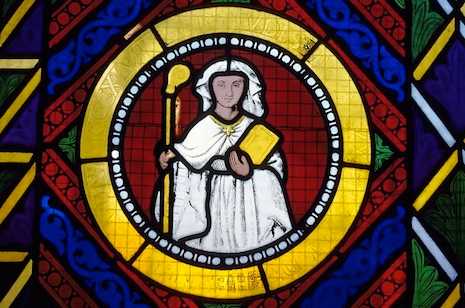 The earliest references to local resident leaders in the Pauline churches are Philippians 1:1 and Romans 16:1-2. Paul addresses his letter to the community at Philippi with their episkopoi and diakonoi (both masculine plural titles in Greek, both terms borrowed from secular leadership). These are the terms that later came to mean "bishop" and "deacon."

The episkopoi cannot mean here "bishop" as we understand it because there are many in one community. The role of the diakonoi also had not yet evolved into that which was later understood as deacon. The revised edition of the New American Bible translates the words as "overseers" and "ministers" and acknowledges in a note that the later development had not yet taken place.

Masculine plural forms are used in Greek to refer either to groups of men or to groups of mixed gender. In Romans 16:1-2, Paul introduces to the letter's recipients a woman named Phoebe, a benefactor who is also a diakonos of the church at Cenchreae, one of the seaports of Corinth. Thus we know that women could hold this title at the time, and therefore the diakonoi in Philippi could be a mixed group. If the episkopoi of Philippians were heads of house churches, as seems likely, it is not impossible that some of them were also women (for example, Nympha in Colossians 4:15).

The account in Acts of the Apostles 6:1-6 of the apostles choosing seven men to take care of table service is usually considered the origin of the office of deacon, yet no one in the story is called diakonos and the apostles appoint them for the diakonia of the table so that the apostles can devote themselves to the diakonos of prayer and the word. All perform diakonos of different kinds.

Some years later, the churches of the Pastoral Epistles seem to have had a single episkopos, now a bishop (1 Timothy 3:1; Titus 1:7), with deacons as assistants. Women are explicitly included among the deacons (1 Timothy 3:11), possibly as wives of deacons but most likely as deacons themselves. Presbyters are a shadowy group here, mentioned later (1 Timothy 5:17-19). This reference could be to leaders in general, since the word originally meant "elders."

Slightly later texts, like the letters of Ignatius of Antioch in the early second century, show the developing structure of bishop with his deacons and presbyters. The role of the deacons is clearer, as assistant to the bishop. The presbyters seem to be a council to the bishop. Nothing is said that precludes the presence of women in either group.

By the third century, there are both male and female deacons, particularly in the Eastern church. There is abundant literary and inscriptional evidence of female deacons. Their title is "deacon" or "deaconess," seemingly interchangeably. The early third-century Syrian Didascalia Apostolorum compares the bishop to God, the male deacon to Christ, and the female deacon to the Holy Spirit.

The presbyters are likened only to the apostles; their role is still not clear (9.3-8). Though this document prohibits women from teaching, female deacons have a ministry to women that only they can perform: instruction, assistance at baptism, and other kinds of pastoral ministry. The late fourth-century Apostolic Constitutions gives the rite for ordination of a female deacon, with hands laid on and invocation of the Holy Spirit (8.19-20).

A further document, the Testamentum Domini, probably written in the late fourth or early fifth century, assumes the existence of deaconesses, but preeminence is given to widows, who are clearly among the clergy along with bishop, presbyters and deacons (1.19, 23). There is a rite for their ordination (1.41). Deaconesses are not seated among the clergy, but at the head of the rest of the women of the congregation. Later in the document, female presbyters appear, to remain after liturgy with the bishop and the widows, fasting and praying until dawn (2.19). Here, the root meaning of "older women" could apply, though their placing with widows for all-night vigil with the bishop would then seem strange.

Only in the mid third century does the role of presbyters begin to emerge, when Christian congregations in a given region are growing too large to assemble all together with the bishop. As church organization evolves in the fourth century, presbyters are now in charge of satellite communities in large urban areas, and increasingly in rural areas as well. From these years come several conciliar and episcopal condemnations of women presbyters (for example, Council of Nîmes, In ministerium leviticum, canon 2; the Council of Laodicea, presbytides, canon 11; Letter 14 of Pope Gelasius, ministrare sacris altaribus; Fulgentius of Carthage, presbyterae). It is highly unlikely that so many condemnations would appear about a nonexistent practice.

The frequency of occurrences suggests a widespread practice. Moreover, there is positive evidence of women presbyters. Several earlier inscriptions from Phrygia, Thera, Egypt and Sicily commemorate female presbyters, in one case (Ammion in Phrygia), the commemoration made by a bishop. The holy presbyter Flavia Vitalia in early fifth-century Dalmatia (today, Croatia) sold a piece of church burial property, so she was an authorized church agent. Leta presbytera in late fifth-century Calabria is commemorated by her husband, who does not bear an ecclesiastical title; it is therefore highly unlikely that her title comes from being his wife.

Martia presbyteria made the offering along with two men in a graffito from Gaul around the same time. Giulia Runa presbiterissa is commemorated in the church of St. Augustine at Hippo, from a time soon after his death, probably during the Vandal occupation. Most intriguing are two fragments of a tombstone from Solin in Dalmatia, one a cross, the other the word fragment -- dotae, of which the most obvious reconstruction would be sacerdotae, to the (female) priest.

It is interesting to note that most of the references to female presbyters come rather late and that most come not from the East, where female deacons were more widely known, but from the West.