In the smuggled notebook, Father Liu reflects on the possibility of martyrdom at the hands of Beijing Father Liu Honggeng, 47, went missing on May 7, 2015, from Baoding Diocese in Hebei province. It is the second time the priest from the China's underground church has been detained. (Photo supplied)

The smuggled diary of a Catholic priest of China's underground church abducted by authorities more than three years ago shows his willingness to die for his faith.

Father Liu Honggeng, 47, went missing on May 7, 2015, from Baoding Diocese in Hebei province, northern China, after a telephone conversation with a relative. His family notified Chinese police but they have refused to investigate his disappearance.

It's the second time Father Liu has been detained by Chinese authorities. In December 2006 he was held for a short period then released after his elderly father refused to join the government-sanctioned Chinese Patriotic Catholic Association.

The diary, which was smuggled out, has entries dating from June 13-28, 2015 and gives an insight into the priest's state of mind and his relationship with his faith.

Father Liu does not mention who snatched him, but said that he was detained in a large, isolated public cemetery surrounded by brick walls topped with barbed wire.

A source close to the family, who requested not to be identified, said Father Liu's family received the diary in 2016. After initial resistance, the family eventually decided the priest's intentions were to have it made public.

In the diary, Father Liu jots down his thoughts on the possibility of sacrificing himself for the Lord and his willingness to "imitate the heroics" of the martyred saints.

But he frankly admits to sometimes questioning himself on being "ready now?" and reflects on Pope John XXIII's thought that the idea of sacrifice and martyrdom for the Lord makes him fearful.

Father Liu said to remain true to himself he had to "rely more on God, because Christ was suffering with him."

He also invoked the memories of his "predecessors", including Bishop Peter Joseph Fan Xueyan of China and Francois-Xavier Nguyen Van Thuan of Vietnam who both spent lengthy periods of time in detention under Communist regimes for their beliefs.

Father Liu wrote that their "heroic faith inspires me to follow their footsteps" and to "live the faith in a special moment."

He also mentioned Bishop Su Zhimin of Baoding who has been missing for 21 years as an inspiration. Bishop Su was deemed a counter-revolutionary by the communist government for refusing to join the Chinese Catholic Patriotic Association.

Father Liu also recalled the first time he visited a zoo and saw trapped animals shivering in cages and drew an analogy with the way humans treated their fellow man.

"The authorities use this method in the governance of the country. It is a violation of human rights and a shame for human beings," he wrote.

Despite losing his freedom, Father Liu wrote that he still offers prayers for his church members and family and friends.

He said he fasts every Friday and "those who watched him were also affected", eating only vegetables on the same day. 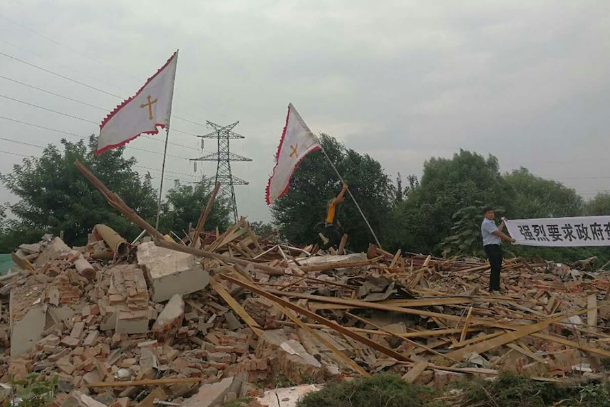