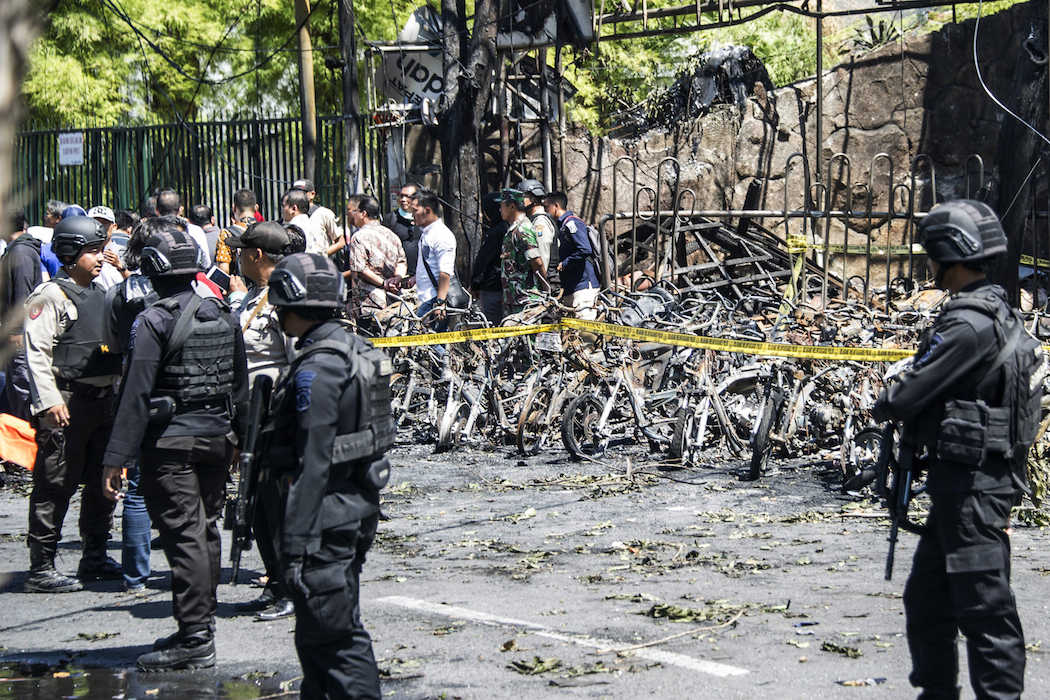 Two of three churches attacked by suicide bombers in Indonesia's second city Surabaya have begun reconstruction work, and upped efforts to help those who survived the atrocities to overcome lingering trauma.

The third church was still cordoned off on May 16 as police forensic teams were still examining the scene.

Repair work on the Catholic Santa Maria Church — the first to be attacked — began the day after the May 13 bombing with the focus on repairing the minaret, the main door, wall and windows at the front of the building.

In addition to physical recovery, the church is also focused on efforts to help victims recover from emotional trauma.

Father Kurdo and the parish council have visited all the victims still hospitalized and their families.

"I'm so impressed that in spite of all this they accept what has happened and want to forgive the terrorists," he said.

The priest said the church has agreed to help the victims, including financially supporting children whose parents died, including those of Aloysius Bayu Rendra Wardhana who was killed trying to prevent the bombers from entering the church.

At Diponegoro Indonesian Christian Church, repairs began on May 15, soon after the police finished its investigation at the blast site.

The church suffered minor damage, with the blast only injuring several church security officers, said Josua Poli, a church council member. He said the church was also carrying out a trauma-healing program. The condition of the Pentecostal Church of Surabaya severely damaged from the bomb attack. (Photo by Ryan Dagur/ucanews.com)

Meanwhile, reconstruction work on the Surabaya Pentecostal Church, which suffered the most damage, does not seem like starting anytime soon. Police were still at the scene gathering evidence as to what type of bomb was used.

Soehendro, a church worker who was inside the church at the time of the blast, said the church needs major repairs as its interior was seriously damaged.

"The blast was huge and caused the ceiling to collapse. People just ran in panic," he told ucanews.com.

A woman who was inside the church when the explosion happened, and who asked for anonymity, said the blast left her so terrified she refused to return to the church for several days.

"I just dared to come again today, after being asked several times by my husband," she said on May 16.

The church attacks, which were carried out by members of a single family — that included young children — with links to the Islamic State group, killed 12 Christians and left scores injured.

Another attack on the city police headquarters the following day by another family left at least four dead and 10 injured.

Since then the death toll from the Surabaya attacks has risen to 25.

Anti-terror police have since discovered 54 pipe bombs in the home of the family that attacked the police headquarters.

On May 16, terrorists attacked the police headquarters in Sumatra's Riau province. That attack resulted in the death of a policeman and four terrorists linked to the Islamic State group, according to police.