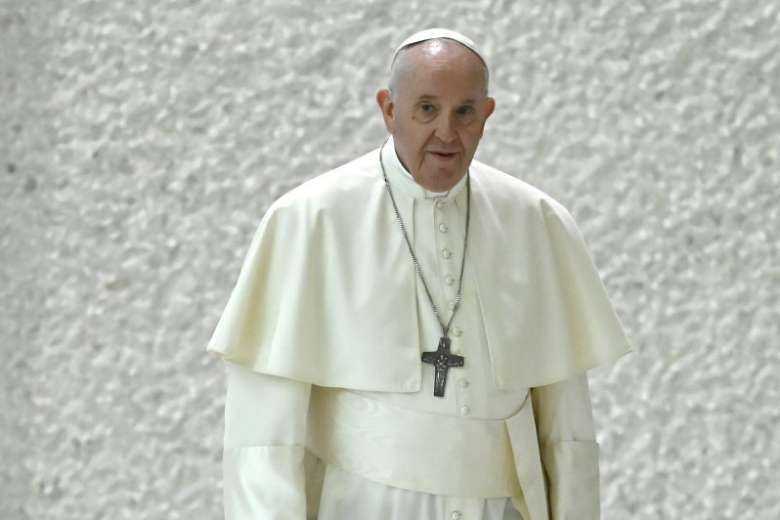 Momentum is building in Cyprus for the visit of Pope Francis Dec. 2-4.

His parish consists of approximately 1,800 families, divided between Cypriot Maronites and Lebanese Maronites, most of whom migrated to Cyprus during Lebanon's 1975-1990 civil war.

Father Khita is in charge of the liturgical committee for Pope Francis' Mass of the Pope at GSP Stadium in Nicosia Dec. 3.

"We are working hard, day and night, to finish everything" for the pope's visit, Father Khita told Catholic News Service. With committees and subcommittees and teams of volunteers, in all, more than 200 people, about half of whom are young adults, are helping to prepare for the Mass.

There will be a combined choir of about 110 people from all the Catholic parishes of Cyprus: 10 Maronite and four Latin rite, Father Khita said.

"What's most important is that we are preparing a spiritual, religious atmosphere for Pope Francis," Father Khita said.

To be spiritually ready, Father Khita said, parishes have arranged activities, include prayers and eucharistic adoration.

"Hopefully, the pope will bring a message of peace for the region. The youth really need a message of hope, especially the youth of Lebanon

Maronite Archbishop Selim Sfeir of Cyprus has prepared a booklet of prayers and meditations, which have been distributed to the parishes. The Latin Catholic community is doing the same, said Father Khita.

"We are hoping that after the visit of the pope, we stay in this (prayerful) atmosphere," he said.

The visit of Pope Francis is also "creating a positive atmosphere" among all the people of Cyprus, Catholic and Orthodox, said Father Khita. He described the relationship between the two churches as "quite good."

The Maronite Eparchy of Cyprus also invited a delegation of 18 people from Caritas Lebanon, including the organization's president, Father Michel Abboud, and 13 Caritas Youth members.

"Hopefully the pope will bring a message of peace for the region. The youth really need a message of hope, especially the youth of Lebanon," Mahfouz said, noting that "huge numbers" of young adults are leaving crisis-stricken Lebanon for a better future abroad.

"We are also hoping Pope Francis will visit Lebanon soon," he added. The Holy Father has several times expressed his wishes to visit the crisis-stricken country.