Autonomy demands could ignite across India

Swati Deb in New Delhi and Samir Purkayastha in Kolkata 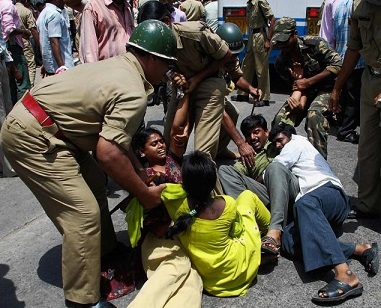 The federal government’s decision yesterday to carve out a new state from Andhra Pradesh in southern India could lead to violence across the country, critics warned today.

They say the move to create the new state of Telangana has “opened a Pandora’s box’’ and rekindled longstanding demands by ethnic groups for autonomy in other states.

The Congress-led coalition unanimously agreed to the formation of the new state, which would be home to 35 million people. The state will comprise 10 of Andhra Pradesh’s existing 23 districts, and include Hyderabad, India’s sixth largest city.

Political observers predicted that parliament will witness a slew of statehood demands from the eastern states of Assam and West Bengal and the western state of Maharashtra.

Minutes after the announcement, Gorkha and Bodo ethnic groups in eastern India threatened to intensify their demands for separate homeland for their ethnic groups. In the past both Assam and West Bengal have witnessed deadly violence following statehood demands by these ethnic groups.

These renewed demands "are certainly going to be violent, unless, of course, the government immediately concedes to their demands," said Subir Bhaumik, a senior journalist and commentator.

Pramod Boro, the leader of All Bodo Students Union, which has been spearheading demands for a semi-independent Bodoland in Assam, said the government "will be responsible for any untoward incidents" if their demands are not met quickly.

Activists demanding the creation of Gorkhaland, a separate state in Darjeeling, West Bengal, are already observing a 72-hour long strike that has crippled the state’s tourism and tea industries.

"Our demand for Gorkhaland is an old one and generations of our people have fought for it," said Bimal Gurung, leader of the Gorkha Janmukti Morcha party. 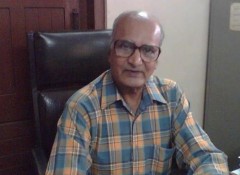 Similar demands are being made in Maharashtra for a state called Vidarbha.

Other recent statehood calls have included Saurashtra in Gujarat, Coorg in Karnataka, Koshalanchal in western Orissa and Mithilanchal in northern Bihar.

While the creation of Telangana has been approved, it has still to be ratified with an act of parliament.