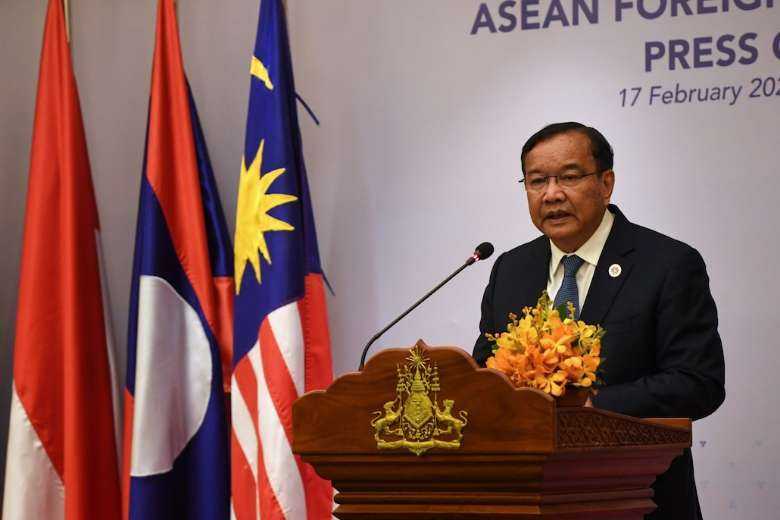 The Omicron variant of Covid-19 is continuing to surge in Cambodia with cases reaching their highest levels in four months, punishing government coffers and curtailing the latest ASEAN foreign ministers’ retreat.

Vongsey Vissoth, secretary of state for the Ministry of Economy and Finance, said the government spent more than US$2.127 billion, or about 60 percent of Cambodia’s state savings of $3.5 billion, over the 2020-22 period to manage the impact of the pandemic.

“The budget for 2022 has been increased, and we will have to spend more, although resources will be more limited as the ASEAN chairmanship could cost the kingdom $40-50 million and commune elections will set us back $70 million more,” he said.

He urged revenue collectors such as customs and taxation authorities to “do their best” in meeting spending demands.

Cambodia is the current chair of the 10-member Association of South East Asian Nations (ASEAN) but its efforts to set a regional agenda, which included moving the five-point consensus on ending the violence in Myanmar, are being stifled by the disease.

Numbers at last week’s annual foreign ministers’ retreat in Cambodia were sharply reduced, with Brunei and Thailand opting to attend via Zoom conference while the Vietnamese foreign minister tested positive for Covid on arrival and could not attend.

Myanmar’s foreign minister was again barred from attending the retreat, where ministers traditionally thrash out their differences and set an agenda for the year ahead.

That also included a code of conduct for the South China Sea, admitting Timor-Leste into the group and planning a post-Covid economic recovery. But the meeting was overshadowed by the Myanmar crisis and limited face-to-face discussions.

“They did well just to hold the meeting given that none were held last year due to Covid. It was a subdued meeting and they issued the usual round of statements stressing the importance of ASEAN solidarity and basically kept the dialogue moving,” said one analyst, who declined to be named.

Myanmar has since rejected a request from the ASEAN special envoy and Cambodian Foreign Minister Prak Sokhonn to meet with supporters of ousted leader Aung San Suu Kyi, a key element of the five-point consensus.

The retreat was held as Covid case numbers surged. Health officials recorded 736 cases on Feb. 20, mostly of the Omicron variant, the highest number since the end of September when authorities ceased rapid testing.

A further 488 confirmed cases were reported on Feb. 21 including three deaths after six weeks of death-free pandemic statistics. Cambodia has recorded 126,977 Covid-19 cases, including 6,524 of the Omicron variant, and 3,020 deaths.