The giving is little by little, but priests say it is vital for their mission A woman walks past graffiti that promotes hand washing and wearing face masks as preventive measures against the spread of the coronavirus in Kibera, Nairobi, on Aug. 13. (Photo: Simon Maina/AFP)

In the collection baskets, priests in rural Kenya have been counting a dollar or two or even five, which congregations have been giving to boost the fight against the COVID-19 pandemic.

In a significant way, the parishioners have responded to the church's call for help, delivering bags of foods and other essentials items such masks and sanitizers to priests. The support is meant for the less fortunate -- in the villages, towns and cities -- as part of Catholic social ministry.

The priests say the pandemic has re-awakened social ministry in rural parishes, in a visible shift from the traditional focus on liturgical activities. The giving is little by little, but priests say it is vital. For example, a bag of corn can meet the food needs for a family for months.

"This is a reality. A lot of charity is being experienced from Christians at this time of COVID-19. Those who feel the need to help are coming out," Father Bonaventure Luchidio, national director of Pontifical Mission Societies in Kenya, told Catholic News Service. "Parishes have been the centers of mission."

At a time when COVID-19 has swapped responsibilities between rural and urban families, the change is being viewed as timely. Initially, relatives working in cities and towns sent support to the villages, but now villagers are sending food to their relatives in the urban centers. In Kenya, like elsewhere in the world, the pandemic has disrupted family economies and lifestyles, leaving many people without jobs or sources of livelihood.

It has also created immense fear among communities as both infections and deaths rise. But the priests say there is a "silver lining" in the crisis. For them, the disease has taught the local congregations how solve their own problems, while supporting others.

"COVID-19 is teaching the Kenyan church that, while foreign support may still be needed, it is critical to build a foundation for self-sufficiency and to nurture existing resources for the support of the church," said Father Luchidio.

He said the actions at the parishes have helped the bishops develop and launch assistance models such as "Adopt a Family" or "Help Family."

"We are seeing a family adopting another needy one in an informal settlement. The family says it will share a meal with the other in the slums," said the priest.

In the Diocese of Marsabit, challenges such as droughts, floods, high temperatures and erratic rainfall have impoverished the herder communities, but the people are also donating livestock and livestock products as part of their ministry. 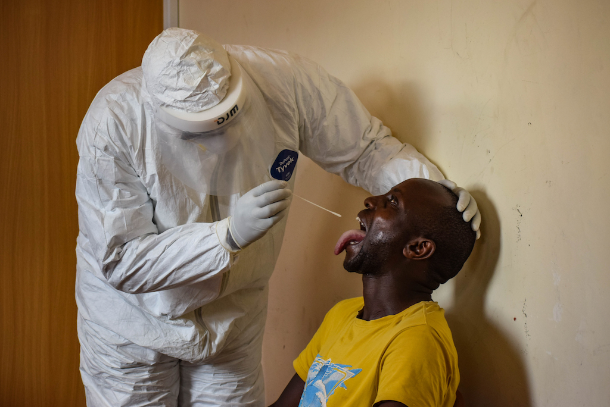 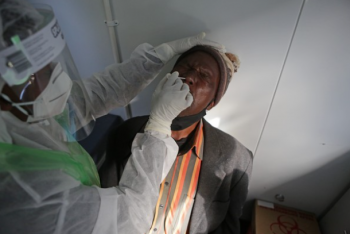 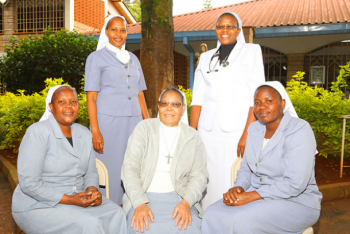 "In Turbi, Catholics have contributed cows, sheep and goats to help construct a parish house for the priest," said Msgr. Isaac Ibrahim Racho, vicar general. "Before COVID-19, the construction would have been funded through donation or grants from international donors."

Msgr. Wilybard Lagho, vicar general of the Mombasa Archdiocese, explained that the giving by the rural parishes is based on the fact that God gives love.

"Out of the love of God and the love for humankind, the people are being inspired to give to charity," said Msgr. Lagho. He recalled that, recently, a widow from one of the rural parishes had called the archdiocese asking the priests to pick a 220-pound bag of corn, a part of her harvest that she wanted to give to the church.

Some of the rural parishes have gone further to launch local Caritas offices to help respond to the COVID-19 needs, Msgr. Lagho said.

"The support is going to all people regardless of race or religion. It's a Good Samaritan act," he said, adding that the parishes were also providing psychosocial counseling to support people suffering COVID-19-related stress.

In Garissa Diocese, Father Nicholas Mutua, diocesan justice and peace coordinator, said a recent lockdown and a curfew had kept Catholics out the church. That has led to reduced offerings and income for the church, but the priests and nuns in the diocese are also getting some help from the rural Christians.

"When our Christians travel to villages, they bring back food which they have collected from the rural homes," said Father Mutua. He said the food is usually shared among priests and nuns, with some also going to the bishop's house.