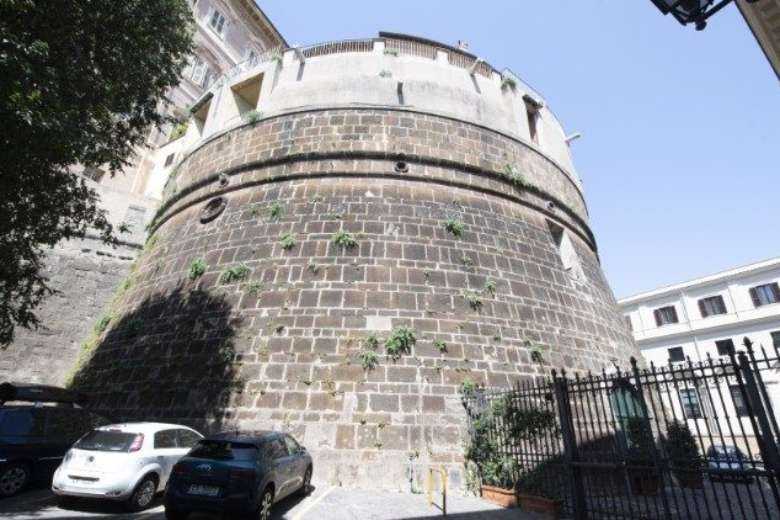 The headquarters of the Vatican Bank. (Photo: Vatican Media)

A Vatican appellate court rejected the appeal of two former top managers of the Vatican bank who were found liable for mismanagement.

In a statement released Jan. 21, the Institute for the Works of Religion, the formal name of the bank, said the court upheld its 2018 ruling against Paolo Cipriani, the former bank director, and Massimo Tulli, the former deputy director, and ordered them to pay more than 40.5 million euro ($45.9 million) in damages.

While no specific information was released regarding the exact instances of mismanagement committed by Cipriani and Tulli, the Institute for the Works of Religion said the court's 2018 judgment centered on investments made "between 2010 and 2013, and which immediately proved to be harmful as they were problematic and, in several cases, also illegitimate and the subject of criminal proceedings."

In February 2017, an Italian tribunal in Rome also found Cipriani and Tulli guilty of violating norms against money laundering; both men were given four-month prison sentences.

The Institute for the Works of Religion praised the court's decision to uphold a conviction that "was the first of its kind within Vatican City State" and "served as a forerunner to other similar cases that are currently ongoing."

"The judgment follows a profound work of renewal and transformation of the institute in its implementation of important reforms of the Vatican and the Holy See's financial sector, thanks to which the institute has been able to identify abuses committed against it and defend its assets, which are assets of the church," the statement said.