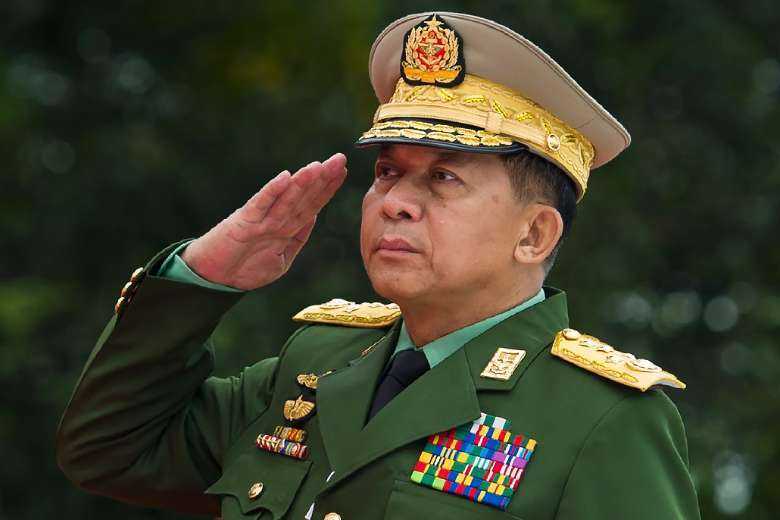 General Min Aung Hlaing, commander-in-chief of the Myanmar armed forces, has raised the prospect of scrapping the constitution as fears swirl about a possible coup by the military over alleged electoral fraud. (Photo: AFP)

Tensions are running high between Myanmar's civilian-led government and the military over alleged electoral irregularities.

In a press conference on Jan. 26, Myanmar’s military spokesperson refused to rule out the possibility of a coup to deal with what he called “a political crisis.”

The army alleges there were 8.6 million cases of voter fraud nationwide during the November general election.

The army and its affiliated Union Solidarity and Development Party (USDP) have ramped up pressure on the election commission over alleged widespread voter fraud.

However, neither the military nor the USDP has presented any evidence of voter irregularities.

On Jan. 28, the Union Election Commission (UEC) defended its position that it was obliged to respect the outcome of the election regardless of the military’s objections.

“According to the constitution, the citizens’ will cannot be negotiated or compromised by any individual or organization,” it said.

Observers are concerned that the political tension might lead to a political crisis in a fragile democracy that emerged from harsh military rule a decade ago.

The military's press conference came a day after Myanmar’s Catholic leader Cardinal Charles Bo joined other religious leaders in an urgent appeal for peace and national reconciliation in the conflict-torn nation.

Religious leaders have stressed the duty of every national leader, whether civilian or military, to commit to unity, peace and reconciliation.

“Renew your commitment to face the truths of our past history. Acknowledging these realities, seek justice with courage and determination through dialogue and negotiation,” the religious leaders said in a letter on Jan. 25.

It added that the call for those with the responsibility of leadership is “to be artisans of peace — uniting and not dividing, extinguishing hatred and not harboring or inflaming it,” always opening “paths of dialogue that will reconcile, heal, unite and build anew our beautiful Myanmar.”

In the final days of campaigning for the Nov. 8 election, military chief General Min Aung Hlaing complained about mishandling of voter lists by the UEC and warned that deficiencies could have an adverse impact on the image of the election.

While fears swirl over a possible coup, Min Aung Hlaing has signaled another warning of scrapping the constitution if the law is not followed.

The army chief said on Jan. 28 that the 2008 constitution is the mother of all laws and should be respected, according to the army-run Myawaddy newspaper. He warned that in certain circumstances it could be necessary to revoke the constitution.

His remarks have raised more fears among the public that the military may once again use force to nullify the results of an election won by the ruling National League for Democracy (NLD) as it did in 1990.

The latest tension highlights the fragility of the power-sharing agreement among the Aung San Suu Kyi-led civilian government and the military who have been at odds on numerous issues, including amending the 2008 constitution that was drafted by the military.

The 2008 charter mandates that a quarter of all parliamentary seats must be reserved for the military. It also gives them control of key portfolios like interior, defense and border security.

There is also a provision that grants military MPs the power to veto any proposed charter changes, especially any amendments that would curb their political power.

The constitution also bars Suu Kyi from becoming president because she married a foreigner. However, she has led the country via the specially created role of state counselor and is also foreign minister.

The rhetoric of the military, which still retains significant control over the country’s politics, comes as a new parliament session will be convened in Naypyitaw on Feb. 1.

The NLD won a second landslide victory in the Nov. 8 election by securing more than 82 percent of all 1,117 contested seats and will establish its second five-year-term in late March.

The USDP, composed of several former military officials, won only 71 seats nationwide and it has refused to accept the results of the vote.

Suu Kyi has not publicly commented on the election dispute and irregularities.

The visit was aimed at demonstrating China’s participation and support for the successful formation of Myanmar’s new government.

It was not known how the visiting Chinese official responded to Min Aung Hlaing’s complaint.

Some netizens have quickly responded via Facebook that the army chief complained to a foreigner from a country where voting is non-existent.

Myanmar’s military has faced mounting pressure from the international community over alleged atrocities against the Rohingya and other ethnic groups.

A UN fact-finding mission has called for senior military officials to be prosecuted for genocide and war crimes against the Rohingya. 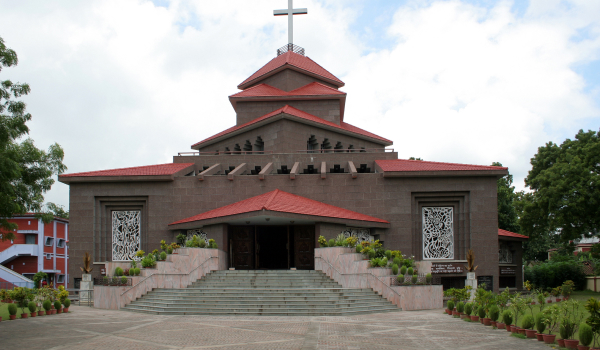