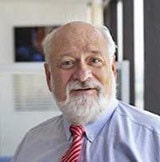 A Japanese schoolgirl waits to cross a Tokyo road. The country’s younger generations will struggle to pay the costs of a society where nearly a third of the population are aged 65 or over. (Photo by Odd Andersen/AFP)

Each year in mid-September, Japan marks a national holiday, Respect for the Aged Day. In connection with the day, the government issues its latest statistics regarding aging in Japan.

Japan is the oldest country in the world, not in terms of the length of its history but of the age of its population. According to the just-issued 2018 statistics, more than 71,000 people had celebrated their 100th birthday, a new record. The 35.88 million people aged 65 or over were 28.4 percent of the population.

The projection is that in 2025, only six years from now, a full 30 percent of the population will be over 65, and over the next 15 years after that the percentage will grow to 35.3 percent. Meanwhile, shrinking younger generations struggle to pay the costs of a society of old folks.

At this rate, before long the shortage of those available to respect the aged will be such that Respect for the Aged Day might legitimately need to be renamed Mutual Admiration of the Aged Day.

Part of this is the inevitable and long-predicted result of Japan’s refusal to compensate for its declining birth rate by welcoming immigrants in the past. That folly is being repeated in other countries with falling birth rates, including even the United States, which with the exception of the native Indian population is totally a nation of immigrants and their descendants.

One response to this situation in Japan has been to launch schemes to keep people working longer. Besides the fact that older people are just not able to work as hard or long as young people, the schemes ignore the most important and least variable statistic: the death rate. It remains 100 percent, so extending working years does not really deal with the problems the demographics have produced. There are some small steps being taken to bring foreign workers into the country, but without provision for making them part of Japan and in no way in numbers sufficient to meet needs.

This sort of attempt to postpone the inevitable results of inaction is not limited to Japan. It was obvious a half century ago that the Catholic Church would face a crisis as clergy declined in numbers and energy. Instead of making remodeling the priesthood a project for the entire People of God, we were told to pray for vocations. The answer to those prayers was certainly not what some hoped. Now, in unconscious imitation of Japan, one way that some bishops try to deal with a shortage of clergy is to incrementally increase the age at which priests can retire.

The true voice of experience

Many years ago, when I was a young seminarian, I was in a roomful of priests who were discussing some points of theology or pastoral practice. One of them was espousing opinions diametrically opposed to those of the others.

In the middle of the heated discussion, an elderly priest in his late 80s came into the room. The outlier saw him and said, “Father Joe, give us the voice of experience.” Aging with dignity in modern India Technological innovation at funerals, a sign of an aging Japan

Joe silently walked behind my chair, put his hands on my shoulders and said, “If you want the voice of experience, you’ll have to ask this man. He’s experiencing today.”

It is a commonplace that wisdom comes with age. But Joe was wise enough to recognize that age did not give him any special knowledge of the world. The American journalist H.L. Mencken gave voice to what is, perhaps, the only true wisdom that comes with age when he said, “The older I grow, the more I distrust the familiar doctrine that age brings wisdom.” I am certainly finding that to be true in the case I know best as one among the 28.4 percent of Japan’s residents over 65.

Young people around the world are alarmed over what is happening to their future because their elders refuse to take effective action to meliorate the effects (it is too late for prevention) of human-caused climate change.

Those young people are epitomized by Greta Thunberg, the Swedish teenager who has become a spokesperson for the future, chastising her elders who talk about the problem but do nothing about it except spout hot air. And there are still those who refuse to accept the facts. In the meantime, the future of Greta, her generation and their children becomes bleaker and bleaker.

In fact, the examples of Japan, which let its demographic crisis grow to its present situation, and the Catholic Church management (it has not shown leadership) in dealing with its own, make it difficult to be confident that there will be any meaningful action to protect the planet God has given. Inertia is attractive.

So a Japan of old people or a Church without access to the Eucharist are, tragically, harbingers of a world of increased poverty, disease, famine, species extinction and natural disasters. Selfishness and timidity find it too easy to leave problems to the future instead of taking steps to forestall what shortsightedness makes inevitable.

This is not the first time that one generation’s stupid selfishness passes costs on to its descendants, and it is as surely not the last. But, since the effects are planetary, it shall be the worst.