Investigation finds massive corruption and fund misappropriations in the organization Aggrieved members throng the Christian Cooperative Thrift and Credit Union in Chittagong to claim their money in this undated photo. Set up in 1956, the cooperative faces an existential crisis due to massive corruption. (Photo: YouTube screengrab of Jamuna TV)

Martha D’Silva is frustrated that she failed to get back her hard-earned money from a cooperative despite repeated attempts in the past three months.

The 50-year-old Catholic is owed 56,900 taka (US$670) by the Christian Cooperative Thrift and Credit Union based in Chittagong, a port city in southeast Bangladesh. She has been alerted recently by allegations of fund embezzlement by the management board.

“I have decided to withdraw my money and close the accounts. Three months have passed but I didn’t get my money back,” D’Silva, a mother of three daughters, told UCA News. A member for seven years, she had deposited money in a share and savings account.

D’Silva is a housewife and her husband worked for a shipping company until last year before quitting due to illness. He is now confined at home and the family is in a crisis.

“Two of my daughters have been married. They and their husbands support us, and our younger daughter earns some money from private tuition,” she said.

Several times, she met board directors including chairman Pinto Leonard Dias and managed to get 5,000 taka and 3,000 taka on two occasions. “All I want is my money back,” she added.

Catholic Stanley Gomes, 53, said his family is a victim of corruption.

“I have three matured fixed-deposit receipt accounts for myself, my wife and mother-in-law worth 2.2 million taka. Since last year, I have had several meetings with the board and they promised they would return my money. I was given a bank check but it bounced as there was no money in the bank,” he told UCA News.

Gomes issued legal notices to the board to retain his money. Last month he filed a fraud case against the board in a local court.

The current situation is the outcome of long-running anomalies and the management board, which came to power in 2017, is mostly responsible, Gomes alleged. 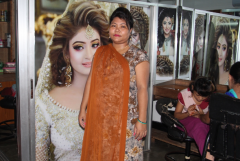 “This board has done nothing for recovery of defaulted loans. In addition, they have distributed fake loans to loot money from the organization. Now the balance is zero,” he said.

Although the tenure of the current board ended last September, they cannot leave without returning the money of the members, Gomes added.

The cases of D’Silva and Gomes are just the tip of the iceberg of an unprecedented financial scam in a Christian cooperative in Bangladesh.

While misappropriation of funds of cooperatives in this South Asian country is nothing new, the crisis threatening the existence of a Christian-run cooperative has shocked the community in Chittagong and elsewhere.

The cooperative, set up in 1956 with encouragement from Catholic missionaries, began with a mission to develop a cooperative mentality among the Christian community in Chittagong, where Catholicism arrived in 1518.

It started with a 10-taka monthly savings scheme for members and by 2019 it had about 3,900 members with estimated total assets worth 230 million taka.

In March, an audit team from the Cooperative Credit Union League of Bangladesh, an independent apex body of cooperatives in Bangladesh, found massive corruption and fund misappropriations in the organization, which is led by board chairman Pinto Dias and manager Probal Dio.

The audit report, covering up to June 2019, concluded that there was no cash balance in the organization and accused board members and manager Dio of loan defaulting, withdrawal of dozens of fake loans and mortgaging office buildings illegally to get money for further embezzlement.

Pijus Kanti Das, head of the audit team, said large-scale corruption and fund embezzlement have taken place in the organization.

“No doubt there were serious anomalies, injustices and corruption. We have handed over the report to the Cooperatives Department, the regulatory state body, so that it can take necessary corrective measures,” Das told UCA News.

“Overall, we think there were huge scams and corruption and thus the cooperative’s survival is at risk if the recovery process fails.”

Self-defense of the chairman

Pinto Dias, the chairman of the cooperative, admitted anomalies but defended his board against the alleged corruption.

“The current board headed by me is not fully responsible for current problems. The previous boards have committed irregularities and we found many problems in the organization after we took over in 2017. Since we have taken over leadership, we cannot escape the blame for the problems,” Dias told UCA News.

He blamed auditors for falsely showing loan defaults of many people under his name.

“I cannot be responsible for default loans of my father-in-law, sister-in-law, my elder sister, my friends and even those who I don’t know personally,” he said.

Dias also refuted allegations of a “zero balance” in the society’s accounts and said the office building and land of the society is worth 20.7 million taka and an office floor purchased from Chittagong Catholic Archdiocese is worth about 10 million taka.

“We have 170 million taka in outstanding loans from members. The borrowers have stopped repaying loans since last year. If people were returning even one million taka in interest, we could have continued our activities. So, there is a liquidity crisis,” he said.

However, Hubert Bepari, former treasurer of the cooperative from 2003 to 2009, accused Dias of being the mastermind behind the scam.

“Three boards in power from 2012 to 2019 are responsible for the downfall of the society and Pinto Dias has been directly and indirectly involved with the boards,” Bepari told UCA News.

“The corruption has been going on for the past nine years and now everything has come out in public. It is true the committee led by Pinto Dias is not responsible for all the corruption, but he cannot escape the blame as the previous committees were under his strong influence. There is plenty of proof and evidence,” he said.

Kamal Hossain, deputy registrar of the Cooperatives Department in Chittagong, said complaints of corruption have been received and corrective actions are underway.

“We have had meetings with the board and a committee has been probing the allegations to be submitted by Sept. 15. Then an ad hoc committee will be formed to oversee the management of the cooperative and necessary corrective actions,” said Hossain.

In 1950s, Christian missionaries pioneered and popularized cooperatives for people to overcome endemic poverty and keep away loan sharks. According to the Cooperatives Department, there are about 1.77 million cooperatives with some 10 million members in Bangladesh.