Singapore near the top, Cambodia near the bottom while India is worrying in Transparency's 2021 Corruption Perceptions Index 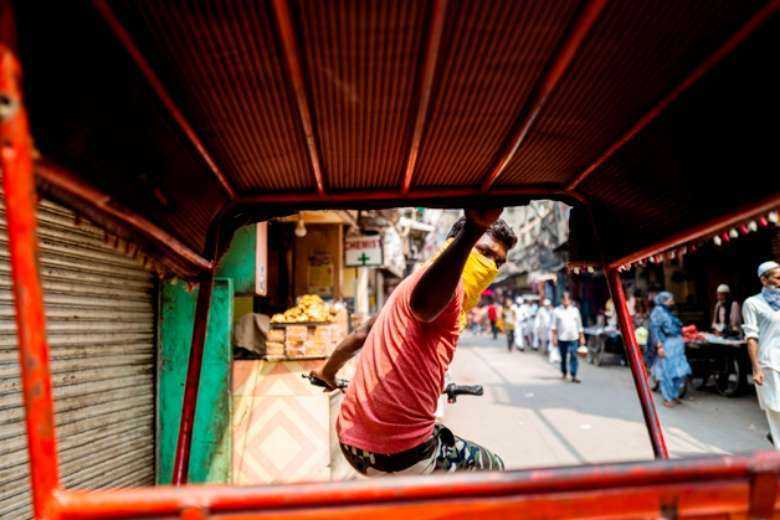 A rickshaw driver waits for passengers in the old quarters of India's capital New Delhi. Transparency International says some of the mechanisms that could help rein in corruption are weakening in India. (Photo: AFP)

Perceptions of corruption among Asia-Pacific countries remained almost unchanged in 2021, with New Zealand, Singapore and Hong Kong among the world’s best performers but Cambodia, Afghanistan and North Korea again ranked with the worst.

Transparency International (TI) said “grand corruption” and a lack of freedoms were holding back progress in the Asia-Pacific region.

While Asia-Pacific countries have made great strides in controlling bribery for public services, an average score of 45 out of 100 on the 2021 Corruption Perceptions Index shows much more needs to be done to solve the region’s corruption problems.

“Some higher-scoring countries are even experiencing a decline as governments fail to address grand corruption, uphold rights and consult citizens,” TI said in its annual report.

Of the 180 countries ranked by TI, it said weak scores were recorded among the world’s most populous nations, with China and India ranked 66 and 85 respectively and Indonesia, Pakistan and Bangladesh coming in at 96, 140 and 147.

“A concerning trend across some of these nations is a weakening of anti-corruption institutions or, in some cases, absence of an agency to coordinate action against corruption,” it said.

Hong Kong was ranked 12, ahead of Australia and many European countries, despite the problems and government crackdowns experienced there in recent years

TI said only a few of these countries had managed to make progress in controlling corruption and these gains remained fragile. “Furthermore, in most countries, corruption is spreading through severe restrictions on the very civil liberties — like freedom of association and speech — which allowed people to take to the streets and call for action.”

It said the case of India is particularly worrying. “While the country’s score has remained stagnant over the past decade, some of the mechanisms that could help rein in corruption are weakening.”

It said the inertia experienced among the Mekong River countries — Thailand, Laos, Vietnam and Cambodia — had continued, while Afghanistan and North Korea remained fragile and challenged by a lack of basic institutional infrastructure.

Cambodia improved by two places and was ranked at 157, equal with Iraq, while New Zealand was equal first with Denmark and Finland. Singapore was fourth alongside Norway.

Perhaps surprising was Myanmar, which has teetered on civil war since the military ousted an elected government in February last year. Its rank was unchanged at 140.

Additionally, Hong Kong was ranked 12, ahead of Australia and many European countries, despite the problems and government crackdowns experienced there in recent years.

TI said that despite the fact that whistleblowers, journalists and a vigilant public could help safeguard funds from corruption, Covid-19 had also been used as an excuse to suppress criticism.

It singled out Bangladesh, Pakistan, Cambodia and Singapore as “just a few countries” that have increased digital surveillance to silence those trying to hold governments accountable during the Covid-19 pandemic.

“Alongside a massive public health mobilization, Asian governments responded to the pandemic by rolling out some of the world’s biggest economic recovery plans,” TI said. “But such large-scale responses, conducted without adequate checks and balances, inevitably lead to corruption.”