Controversy remains as Church says it is open to public consultation 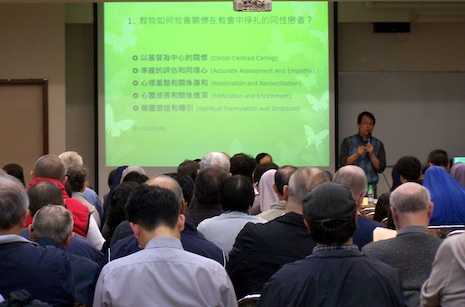 Enacting legislation that would protect the rights of homosexuals in Hong Kong has remained a divisive issue for nearly two decades since it was first proposed in an equal opportunities bill proposed by legislator Anna Wu Hung-yuk in the 1990s.

In the intervening years, only ordinances against discrimination on the basis of gender, disability, family status and race have been passed, while opinions on legal mechanisms to protect homosexuals have been largely split between those who support such measures and those who see no need to enshrine them in law – mainly religions organizations.

The proposed Sexual Orientation Discrimination Ordnance (SODO) aims to provide equal access to civil rights, services and employment to the homosexual community that all residents of Hong Kong enjoy under existing law.

When the issue was resurrected in November last year by councilor Cyd Ho Sau-lan, who proposed a motion to launch a public consultation to gauge potential support for SODO, it again sparked heated debate.

Several Protestant groups issued warnings that such legislation would suggest acceptance of gay marriage along with the granting of other legal rights and protections.

The motion was finally voted down, and Chief Executive Leung Chun-ying dismissed any possibility of a public consultation in a policy address in January.

Missing from the public debate at the time was any word of support or condemnation from the Catholic Church.

That changed earlier this month when Hong Kong diocese held a study session attended by about 150 priests and members of religious orders to discuss recent developments and a pastoral response to SODO.

Father Lawrence Lee Len, chancellor of the diocese, told ucanews.com that the diocese does not oppose a public consultation.

“People supporting and opposing [SODO], as well as those who are concerned about it, can express their view, while the Church will also raise our arguments,” he said.

He added that despite previous rejections, “it is impossible to prevent a consultation at this stage, and that welcoming it does not imply the Church’s support for the measure.”

Speakers at the study session aired several concerns over the impact of SODO and the potential for a backlash against conservative and religious groups whose opinions on gay marriage are largely fixed and rooted in religious doctrine.

A lawyer who spoke at the study session but declined to be named said he feared a backlash against anyone who opposes gay marriage.

“While freedom of speech and the rights of homosexuals are protected, heterosexual and religious people may be prosecuted for speaking in favor of traditional values on marriage," he said.

He added that an exemption could be added for the clergy to protect their religious beliefs but warned that SODO could “draw a boundary that limits the clergy’s pastoral ministry.”

Kevin Lai, a member of the Diocesan Committee for the Pastoral Care of Persons with Same-sex Attraction, said his committee – just as the diocese at large – has no objection to a public consultation.

But he said the role of the Church, apart from providing pastoral care, is also “a shepherd who guards against the wolves.”

The committee was first convened after gay activists disrupted a Mass in 2003, and has since resumed its activities two years ago.

Among its chief activities is the pastoral care for Catholics and catechumen with homosexual tendencies as well as their parents, according to the diocese.

Instead it offers help to people in need and facing problems.