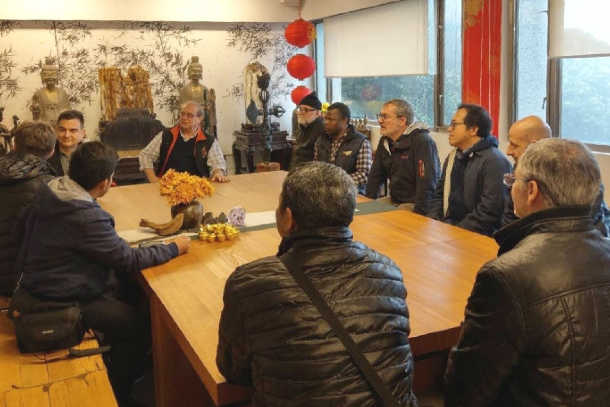 The Vatican News has announced that Congolese Father Paulin Batairwa Kubuya has been appointed by the pope as undersecretary of the Pontifical Council for Interreligious Dialogue.

Some observers believe that the Holy See’s appointment may allow it to deepen its understanding of the Chinese Church.

Father Paulin is currently executive secretary of the Episcopal Commission for Interreligious and Ecumenical Dialogue of the Regional Episcopal Conference of Taiwan.

He is also an associate lecturer in the department of religious studies at Fu Jen Catholic University in Taiwan and executive secretary of the Catholic Religious Committee of the Taiwan Catholic Church.

Sister Beatrice Leung Kit-fun, a research professor at the Wenzao Ursuline University of Languages in southern Taiwan, told ucanews that the pontifical appointment of Father Paulin was groundbreaking.

No Asian church members or clerics have ever been given such a key role in this committee, so no members have ever been as familiar with Asian culture as Father Paulin and he will be able to share more about the Chinese Church, said Sister Leung.

She said the council currently lacked any other Asian presence, either as laity or as clergy, so Asian culture was never seriously considered in discussions.

The appointment itself and Father Paulin’s acceptance of it was “very positive,” said Faustina Huang, a doctorate student in the department of political science at National Taiwan University.

She believes his experience and ability to serve in this area has contributed to his appointment.

Huang says Taiwan’s religious tolerance is quite high, so Father Paulin, who has lived in the island nation for many years, has extensive experience related to dialogue between the Catholic Church and eastern religions. She is also confident the appointment will enhance the Taiwan Church’s status around the world.

She also sounded a note of caution, however, pointing out that it was difficult to foresee the impact of the appointment on Taiwan-Vatican and China-Vatican relations.

While the Communist Party itself is atheistic, she said, Christian religions and Islam are suppressed and religious cults and sects are flourishing. Huang therefore feels it is necessary for the Holy See to keep in mind its true belief and values in order to be able to conduct effective dialogue with other religions.

Father Paulin is a priest who is highly respected both for his academic and pastoral work, Michael Chang, a teacher, told ucanews, adding that he felt that the benevolent priest would be of great help to the ongoing dialogue between the Catholic Church and other religions

He said Father Paulin had a deep understanding of the traditional cultures of China and Africa, especially in relation to their honoring of ancestors, their missionary history and the depth of their history. He also uses modern scholastic ways to analyze and discuss issues, integrating traditional and modern methods, making him well suited to hold more important positions in the Church,” he added.

Chang expects the priest to make some “transformational contributions” to the global Church. Taiwan and Africa used to belong to the same missionary area, he explained, and today, they also face the rise of conservative groups within the Church, lacking any concrete action so far toward furthering the challenges in interreligious dialogue.

He also believes that priests in many places face broader challenges nowadays, such as how to keep Christians from leaving the faith when confronted by challenges in today’s society in a world containing ever more diverse opinions.

He hopes Father Paulin will continue to promote the consensus of the Vatican II Conference in the Holy See, open up the field of Asian theology and promote cultural and religious dialogue in traditional non-Christian regions.

Father Paulin’s native language is French but he also understands English and Chinese. He also holds a Ph.D. from the department of religion at Fu Jen University, where he specializes in religious dialogue and Christian sect studies.

As an associate professor of the department, he has long been committed to the subject of interreligious dialogue.

In February, he led a group of 12 priests from the bishops’ conference for an exchange visit with Master Hsin Tao on Ling Jiou Mountain, a Buddhist holy place in Taiwan. The priests came from all over the world, including Bangladesh, China, Italy, Indonesia, Japan and the Philippines.

In May, Father Paulin, together with a delegation of the Chinese Buddhist Association in Taiwan, met with the pope for a wide-ranging discussion on interreligious dialogue. 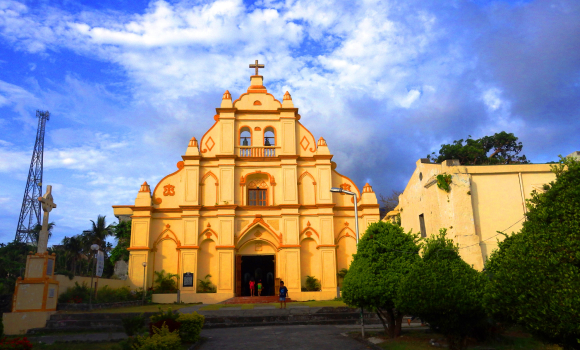