Confronting violence against women in the church

In India, the people of God, need to understand they can no longer behave like ostriches 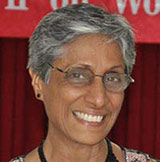 An Indian relative of one of those convicted over religious violence reacts outside a court in Ahmedabad on June 17. (Photo by AFP)

Christianity has contributed much to the empowerment of women mainly through education and health care. The numerous congregations of nuns all over the world in the remotest parts of the globe have been empowering women in tribal areas, poverty stricken slums, shantytowns, and marginalized women.

However, there is one sad truth that has been creeping out of the woodwork of our patriarchal church structure — that women, including nuns, are victims of violence by priests who pastor them in the name of Jesus.

Thanks to strong laws enacted to protect women in India, beginning in the early part of this century, women have plucked up courage to tell their experiences of mental and sexual harassment, rape, and even murder, but have paid a heavy price for doing so. Some nuns have had to leave their congregations, or were harassed till they left, or lay women coerced into silence because they dared to open their mouth and speak the truth.

The Indian newspapers have been, at regular intervals, reporting on incidents of violence on women in the church. But it has not helped to bring about any significant change in the church system to address this problem.

Recognizing that "violence to women exists and it has to change," the church in India went through the process of bringing out a gender policy in 2010. But what has been its impact? With no framework for its implementation, nor any planned periodic evaluation of its effect, one wonders about the seriousness of intent in bringing out the policy.

A group of women, including some nuns and the Majlis Legal Center — a forum for women's rights discourse and legal initiatives — have been working together since 2010 as victims approached them in the hope that they can be helped to get some justice in the church. Using a multi-pronged approach, of research, discussions and consultations the group has consistently worked to address this issue within the church.

Draft guidelines for making a policy in the church to deal with cases of sexual harassment/abuse, based on the law of the land was offered to the national bishops' Commission for Women in 2013, for adoption. Three years later we still await this policy to be adopted. So far acting on our complaints a few priests have got away with just a wrap on the knuckles. The others remain free with victims feeling a sense of betrayal from the church they cling to in deep faith and hope.

To demonstrate the gravity of the issue, the group documented cases picked up from press publications or through personal contact and presented the same to the nuncio in March 2015 in the process of dealing with a case that came up in 2014 where no action was taken at the local level. But that did not yield any result. It leaves one wondering if the issue of women facing violence from priests bothers the church at all.

The common responses on reporting an abuse is first denial, then trivializing the act of violence and insisting that sexual abuse is not abuse but consensual relations. The wider community condemns the whistleblower and supports the accused priest even vouching for his 'innocence' because he is "such a good priest."

Across the board all victims of violence are in situations of vulnerability and therefore easily manipulated. Studies have shown that there cannot be consensual sex between persons of unequal power. There is no doubting the power of the priest vis-a-vis a vulnerable person who approaches him in confidence.

Women in power and out of it

Victims continue to cling to the church in faith because they believe that priests represent God, and in the present religio-political climate of India, they look to the church for justice rather than go to the civic authorities.

The latest case to appear in the media is that of Fathima Sophiya, an 18-year-old girl who was found dead in the room of a parish priest of Coimbatore Diocese in southern India in 2013. The mother of the victim went straight to the police when she realized that the man they believed 'was like God' was possibly the murderer of her child.

A few months after Sophiya's death, a diocesan court investigated the parish priest and removed him from ministry for reasons not made public. Sophiya's mother complained to the police the diocesan court knew about the sexual exploitation of her minor child and even the suspected murder, but did not report the crimes to the police.

Three years later she finds herself still pursuing justice because she believes the "powerful Catholic Church" managed to get the police to dismiss the death as suicide. It remains to be seen if she will indeed get justice.

The church in India, the people of God that includes the hierarchy, needs to understand that they can no longer behave like ostriches. They need to recognize this issue as an evil that is eroding the credibility of the church and act to end the culture of secrecy that has given clergy the tacit assurance that they will never be answerable for their crimes.

For, their inaction could have long-term impact on the church which may be difficult to reverse.