Confronting Beijing with a massacre that should never have happened 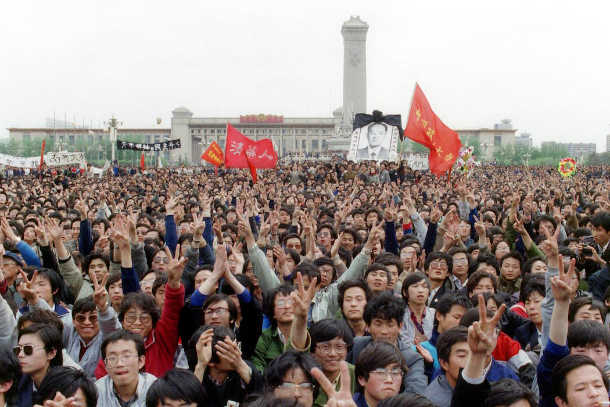 Remember the early days of live, international television, big events that moved the world and everyone watched? The ‘Funeral of John F. Kennedy’, ‘Man Walks on Moon’, ‘Elvis Live from Hawaii’ and the ‘Fall of the Berlin Wall’ were all headlines splashed live across television sets.

Then there was perhaps the longest live telecast of them all, the 1989 pro-democracy protests at Tiananmen Square, from the very heart of Beijing. It was riveting.

Back then, this journalist was the editor of Planet, a student newspaper at Deakin University in Australia. It was full of rat-bag left-wing stuff, and we shared space with advocates and cherished causes, like the Womyn’s Society [sic], in a common room open to all.

It also boasted the latest and biggest television screen available at the time, which was a source of friction between those interested in political discourse and international news and those who wanted to watch the football.

But as Tiananmen Square unfolded the channel selector remained firmly fixed. Students flocked into the common room day after day as a contingent of Chinese undergraduates organized rousing campus support groups in sympathy with the students in Beijing.

Daily interviews were screened live, along with the man who stood down the tanks, reports that peasants were defiant, downing tools and heading to Beijing, then the changing of the guards and finally the crushing assault. It was a tragedy beamed into living rooms across the planet.

Communism was in deep trouble.

Ever since, successive Chinese governments have done their best to whitewash the slaughter of young protesters who simply stood up for democratic reform in a world that was changing rapidly, driven by the end of the Cold War and the collapse of the Soviet Union.

Amid the mad rush of putting a newspaper together and deciding how many pages would be devoted to the cause of fellow students there was no doubt the world had witnessed a massacre, live on TV. But Beijing would soon change the tune, and they began calling the tragedy an “incident”.

There has also been a push to lower the death toll. Initially it was measured in thousands, probably more than 10,000, but then the mainstream media produced more conservative figures. “Hundreds if not thousands,” perhaps 3,000, had died in Tiananmen Square on the night of June 3-4.

A cable from the British embassy, written on June 5 but not released until late 2017, put the figure at “at least 10,000” and that does not include the toll from a countrywide crackdown — by soldiers described as “primitives” who were charged with ending protests and rallies.

Quoting sources from inside the State Council, the British ambassador to China, Sir Alan Donald, wrote that the attacks were coordinated by the 27th Army of Shanxi Province and that protesters were told they had one hour to clear the square.

Just five minutes later, armored personnel carriers (APCs) roared in and crushed the demonstrations. He also said his sources in the State Council had traditionally proved reliable with information, and that they were always careful to separate fact from rumor.

“The 27th Army APCs opened fire on the crowd before running over them. APCs ran over troops and civilians at 65kph,” he said. Female students, wounded and begging for their lives, were bayoneted and their bodies incinerated or hosed down drains.

“Students linked arms but were mown down. APCs then ran over the bodies time and time again to make, quote ‘pie’ unquote, and remains collected by bulldozer,” he added in the cable that has been filed in the British national archives.

“One thousand survivors were told they could escape but were then mown down by specially prepared MG [machine gun] positions.”

“Army ambulances who attempted to give aid were shot up, as was a Sino-Japanese hospital ambulance. With medical crew dead, wounded driver attempted to ram attackers but was blown to pieces by [an] anti-tank weapon.”

One officer was shot because “... he faltered. Troops explained they would be shot if they hadn’t shot the officer.… Minimum estimate of civilian dead 10,000.”

Reality and the willfully blind

Of the 1989 Tiananmen Square massacre, China’s official story has about as much credibility as the Flat Earth theory at a NASA convention, where the 50th anniversary of man’s arrival on the moon is now being celebrated.

Still, there is no shortage of Flat Earth supporters who believe Neil Armstrong’s "great leap for mankind" was a Hollywood hoax. Nor is there a shortage of Chinese who believe the official line that students were attempting to overthrow the People’s Republic.

That line was served up as justification for the “Tiananmen incident,” the pursuit and jailing of survivors. Many would flee China, a country which has recently shown about as much respect for international law, human rights and ethnic minorities as it did for its own people way back then.

Most troubling is Beijing’s willfully blind attitude to what much of the world had witnessed on television screens at home, in bars, sports clubs, office blocks and university campuses like Deakin.

It was as shocking as was the detail in Donald’s cable, matched later by further eyewitness accounts, and academic research like The Tiananmen Papers, which offered extraordinary insights into the thinking of the time.

As history has shown, security in Tiananmen Square will be tight for the 30th anniversary of the massacre on June 4.

China will not say a word, but vigils will be held in Hong Kong, where democracy advocates have remained unbowed since the transfer of sovereignty from Britain in 1997. And the dead will also be remembered by those who witnessed the carnage, live on television.

Luke Hunt is a senior opinion columnist with ucanews.com. Twitter:@lukeanthonyhunt 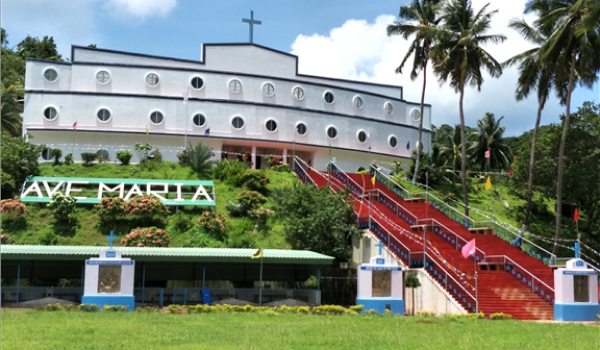