Buddhist monks tie a saffron robe around the trunk of a legume tree to symbolically ordain it on the outskirts of Sri Lankan capital Colombo. Pakistani PM Imran Khan is to visit the country on Feb. 22-23. (Photo: AFP)

A regional network of human rights defenders has called on the governments of Pakistan and Sri Lanka to respect the rights of all minorities guaranteed in their constitutions and to address their concerns while providing equal treatment to all.

Expressing concern over the timing and purpose of Khan’s Feb. 22-23 visit, SAHR said: “We further urge the governments of Sri Lanka and Pakistan to use this occasion to celebrate true South Asian camaraderie while working together to address human rights concerns of all citizens in the region."

The visit coincides with the virtual launch of the 46th session of the UN Human Rights Council (UNHRC), where it is reported that a new resolution on Sri Lanka will be discussed.

“This is also at a time when the government of Sri Lanka has been criticized for forcibly cremating the corpses of Covid-infected Muslim persons against WHO [World Health Organization] guidelines,” the group said.

“SAHR believes that the prime minister’s visit is to garner support from the Organisation of Islamic Cooperation to vote against a resolution on Sri Lanka that is due to come up on February 23.”

Khan is expected to address the rights concerns of Muslims and will hold talks with key government officials and party leaders.

Sri Lanka is to allow burial of Muslim coronavirus victims after a global outcry over its mandatory cremation policy.

“While commending PM Khan's willingness to address the issues faced by the Sri Lankan Muslim minority during his visit, we are also apprehensive of the impact these talks will have on the Tamil minority in the country,” the group said.

In February 2020, Sri Lanka’s government informed the UNHRC of its decision to withdraw its co-sponsorship of resolutions calling for a process of transitional justice promoting reconciliation, accountability and human rights, saying it wanted to pursue a domestically designed and executed policy. 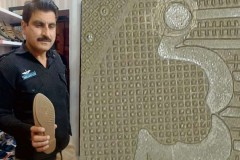 Support from Pakistan and other countries would permit the Sri Lankan government to deliberately bypass the proper process of transitional justice for victims who are mainly among the Tamil and Muslim minorities in the country.

SAHR said numerous restrictions on people’s freedom of expression and right to peaceful protest are common across the region.

The increase in nationalism and religious extremism leading to marginalization of minorities, shrinking civic space, journalists being targeted by state and non-state authorities, and activists and opposition members being vilified and detained without due process and persecuted through the misuse of laws and undue influence of executive powers are rampant in South Asia, the group said.

Indian climate activist Disha Ravi’s arrest is the latest example of the rapid degradation of human rights, it added.

“Moreover, there have been numerous instances of people’s rights and respect for democratic values been blatantly violated by governments using the pandemic containment as a facade,” SAHR said.

“In Pakistan and Sri Lanka, the intensification of militarization, especially the military leading Covid-19 containment measures as well as the civil administration, business and other aspects of civilian life, have further reduced freedoms and civil liberties.

“The agony and suffering faced by minorities in Pakistan and the use of the draconian blasphemy laws have sometimes pushed them to become refugees in neighboring countries. The ruthless measures taken to curb the students’ movement and Pashtun movement without attempting to find sustainable solutions to their problems raises concerns of PM Khan's legitimacy to address issues of the Muslim minority in Sri Lanka.

“We believe that such bilateral occasions should not be used to address issues of one minority community while overlooking the concerns of another.”