La Repubblica editor did not use a recorder or take notes 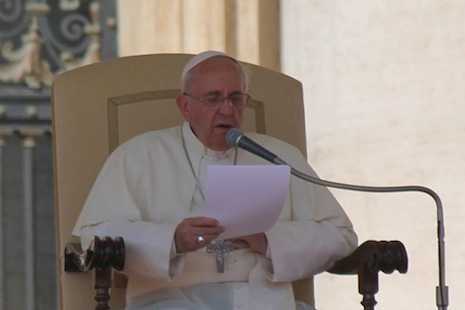 Following skepticism of the accuracy of a recent interview with Pope Francis, several sources have suggested that the printed text, while overall faithful to the Pope's thought, may not have captured his exact words.

“Eugenio Scalfari did not tape his interview with Pope Francis, nor did he take notes, so the text was an after-the-fact reconstruction. Such texts run the risk of either missing some key details or conflating various moments or events recounted during the oral interview,” wrote Father Thomas Rosica, who helps the Vatican press office conduct its English-language business, on Oct. 5. “Scalfari has stated that he showed the text to Francis for his approval, but it’s not clear how closely the pope read it.”

Scalfari, the editor of the Italian publication La Repubblica and an atheist, conducted an interview with Pope Francis, published Oct. 1. On Oct. 3, staff at La Repubblica told Jean-Marie Guénois, deputy editor of the French daily Le Figaro, that “the interview was not recorded, nor were notes taken. What is reflected in the interview is fruit of the memory of that which the Pope and Scalfari said during their encounter.” La Repubblica continued, saying that “the text, once completed by Scalfari and before its publication, was sent to Pope Francis who approved it.” One of the main points of skepticism surrounding the interview's details is associated with the recounting of Pope Francis' supposed “mystical experience” after his election as Pope. The day after the interview was released, Vatican observer Andrea Tornielli wrote in La Stampa that in an “attentive reading of the interview there are particulars which don't add up.” He said that his doubts were “consolidated” by what was related about the “circumstances of the election.” The interview published in La Repubblica quoted Pope Francis as saying that before he accepted his election, he left the Sistine Chapel for a moment to go to a small room off the balcony of St. Peter's and there had a mystical experience which left him with peace. “It is known,” Tornielli wrote in response, “that there are no rooms next to the balcony overlooking the square … this episode can be, in my opinion, an indicator of the fact that the published text of La Repubblica does not represent an exact, word-for-word reconstruction of the dialogue with Scalfari.”