Chinese tourists posing in front a flag of the Communist Party of China, in this file photo next. (Photo by Johannes Eisele/AFP)

A major article in an influential Chinese Communist Party (CPP) journal has warned cadres that adopting religious beliefs is not a private matter.

Qiushi is the top-level journal on communist theory run by the Party's central committee.

The article by Wang Zuoan, director of the State Administration of Religious Affairs, is entitled "Be politically minded while doing religious work."

Chinese media in and outside of China picked up on his admonition to Communist Party members and officials that they should not believe in any religion.

When the regime issues specific warnings, it is widely seen as reflecting high level concerns.

There is no doubt that some Party officials have become religious followers.

There are an estimated 90 million Communist Party members in China, with many joining to enhance their career prospects. There is no credible estimate of just how many of them have adopted a religion.

However, Wang Zuoan, in his lengthy article, noted that this had occurred with some senior Communist Party cadres, not only middle and low-level regime officials. He called for "education" to induce people to abandon their religious faith or, if necessary, disciplinary action.

Wang pointedly reminded his comrades not to naively believe that religion is a "private matter of an individual." Such thinking could create political problems, he said. The upshot is that believers in religion within the Communist Party may face increased official interference in their lives, including through damage to their careers. 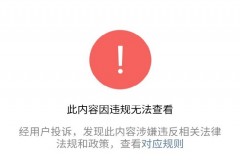 What China can learn from the Vatican in handling Hong Kong

Zhu Weiqun, director of the Committee for Religious and Ethnic and Religious Affairs of the Chinese People's Consultative Conference, has on several occasions raised the issue of Party members and officials holding religious beliefs.

For example, he states that it is necessary for officials to be 'politically-minded' in dealing with religious issues.

A recent example is news from Henan and Zhejiang provinces that local officials and schools warned parents not to take their children to Christian churches on Sundays, otherwise the children's futures would be affected.

In recent years, the CCP's Central Commission for Discipline Inspection has announced that various officials had violated political rules in relation to religious practice.

Now Wang has warned his comrades not to make irresponsible remarks that stray from the official line or criticize the CCP's theory on religious issues. Since making no "irresponsible remarks" about the Party has been pushed since 2015, outspoken cadres have been dismissed from their posts or otherwise punished. As well as officials, they included scholars on the government's payroll.

Wang, in his journal article, stressed that only the Party's central committee had the right to make decisions and give explanations in relation to religious issues. However, "frontline" officials are the ones who most often deal directly with the nation's religious followers. Such lower level officials often wish to avoid conflicts before they develop into political incidents. In some cases, such officials simply pretend to be unaware of certain religious activities. Wang, though, clearly asks the local officials to simply execute orders, leaving the over-all decision-making to the Party's central committee.

An incident in Sichuan Province last November could be an example of this phenomena. Local Catholics did not welcome plans for Bishop Lei Shiyin, who was excommunicated by the Vatican in 2012, to appear at the ordination of new bishops. The local officials were in dilemma as Lei is the vice chair of the government-controlled Chinese Catholic Patriotic Association (CPA). In the end, Bishop Fang Xingyao, chair of the CPA and who is higher in status than Lei, was invited to preside over the ceremony. The arrangement was reportedly decided by the central government.

In April 2016, President Xi Jinping stressed that it was necessary to "guide" religious activities. This seems to reflect concerns that some lower level officials were getting too close to religious groups, to the point of being led by them rather than the Party leadership.

That is why Wang's article reminded CCP officials that their duty is to execute orders. From this, we can in the future expect a more blatant implementation of Communist Party religious policies without much regard to sentiments of religious followers.

Wong Yat-kwong is a Catholic commentator in Hong Kong.