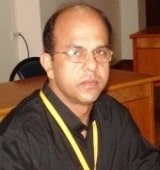 The Federation of Asian Bishops' Conferences (FABC) recently marked 50 years of its existence. Elaborate plans to celebrate the golden jubilee in 2020 had to be deferred due to the outbreak of Covid 19. However, the organizing committee for the event initiated a study and reflection on a working document it prepared on the FABC's mission.

The Office of Social Communication (OSC) of the FABC, established in 1974, is among its nine offices. One of the major tasks entrusted to the OSC is the management of Radio Veritas Asia (RVA), a radio service in various Asian languages. Three years ago, RVA closed its shortwave service and adopted new media, continuing its service in 23 languages on multiple digital and social media platforms.

The challenge of the social communication ministry in Asia continues to be a daunting one as the continent is geographically vast. It is marked by diverse languages, political ideologies and economic disparities. The continent’s political map varies from democracy and dictatorial regimes to theocratic ones. Two of the world’s most populous countries, China and India, though divergent in political ideology, are also fast-growing economies. Both have an ever-expanding labor force.

Asia is also home to major religions like Islam, Hinduism and Buddhism. Christianity is a majority religion only in the Philippines and Timor-Leste. Asia is the least Christian continent, though Christianity traces its roots to the time of the apostles and is present in almost every country. These diversities present daunting challenges for the Church in Asia.

Asia presents a vastly different picture of diversity in comparison to the FABC’s counterparts in Europe, Latin America, Africa and Oceania. The ideological divide and political polarities, coupled with poor connectivity linking the capitals and major cities of these nations, and various travel restrictions within the continent, make it difficult for FABC members to visit, hold meetings and draw up pastoral plans that can impact the whole of Asia.

Though the FABC uses English for all its official communications, some member countries struggle with it, posing a serious challenge

Linguistic diversity is a rich cultural value and countries like Indonesia and India have hundreds of languages and dialects. Other countries too have national as well as numerous minority languages that make communication an arduous task. Asia lacks a lingua franca in which all members of the FABC can converse and deliberate on common issues with ease. Though the FABC uses English for all its official communications, some member countries struggle with it, posing a serious challenge to contribute to and be enriched by the deliberations of the FABC.

From its inception, the FABC has been known for its documents on a variety of pertinent contextual issues. But to what extent these have been able to percolate to the grassroots level of the Church remains a moot question. If these are to have significant impact throughout Asia, there should be serious efforts to have them translated.

Asia is divided into East Asia, Southeast Asia, South Asia and Central Asia. Five of the six Central Asian countries were formerly part of the USSR. They became part of the FABC only in the 1990s after the break-up of the former Soviet Union. Mongolia joined the FABC in 1993. Kazakhstan, Kyrgyzstan, Tajikistan, Turkmenistan and Uzbekistan joined in 1998.

Among these six countries, only Kazakhstan has an episcopal conference. The others come under the category of associate members like Nepal, Hong Kong and Macau. Even after more than two decades of their presence in the FABC, the OSC, like most other offices, has not been able to actively engage with the countries of Central Asia, with Mongolia being an exception.

Overall, the OSC has continued to envision a communication path that suits the core values the FABC expressed in the triple dialogue — dialogue with religions, cultures and the poor. This sums up much of the Asian reality as Asia is the land of major religions, the home of the world’s most diverse cultures and the continent with a vast segment of poor and marginalized people.

Since 1999, the OSC has organized annual meetings of the chairmen and secretaries of the member countries. Some 25 such meetings, called "bishops' meets," have been held so far on a variety of themes. The words "challenge" and "opportunity" have frequently come up in the themes and statements of these conferences. Several important publications which came out of these conferences have further enriched the Church in Asia.

At a time when a communication revolution is sweeping across Asia, the OSC has tried to propose how best the Church can respond through effective pastoral plans, reflections on new ways of being Church in Asia and its consequences for communication.

The more recent challenge concerns how best can communication deal with the Covid-19 pandemic which first broke out in Asia and spread to other parts of the world. The pandemic’s impact being felt in all countries, the role of social communication has come to the fore. From online Masses to meetings and conferences, online reach-out programs have greatly impacted pastoral ministry. Like many other events, the bishops’ meet of 2020 was held online for the first time. The same will happen in 2021.

One must admit that it is nearly impossible to evolve a common strategy for social communication for the whole of Asia. Not all countries are on the same page regarding technology penetration, freedom of press, internet connectivity, political and economic conditions and a host of other areas.

The Church in Asia has to also confront the challenge of religious pluralism, situations of hostility and resistance to the Gospel, forces of fundamentalism, intolerance and even persecution. Besides, the continent has among the largest numbers of migrant and displaced persons, unemployed and the poor.  The pandemic has aggravated the hardships of the poor in particular.

The Church’s efforts, including that of the communication offices, must be on how best she can respond to these challenges. The pandemic has taught the Church how to make use of communication technology in so many new ways. People are working and worshipping from home; even little children are forced to study online.

At the same time, it is for the first time we are coping with a pandemic with the aid of digital technology. It has certainly eased the burden of people being totally cut off or isolated from each other. Communication has helped to connect, communicate and foster relationships. In the Church there is a greater realization that digital tools are after all not as harmful and dangerous as was perceived by some. Today they have become indispensable means for communication, even survival.

During these months we have learned how to manage and to hold meetings through video conferencing. Social media has played a central role in this dramatic situation. Of course, there have been instances of its use for spreading misinformation and hatred, or unleashing destructive voices in digital spaces. Some call it an infodemic in the midst of a pandemic. But overall the gains far outweigh these trends.

Asia has the highest youth population in the world, which is an asset to the information and communication technology. Thousands of young Asian IT professionals migrate to different parts of the world in search of jobs and better prospects. Many multinational companies like Apple have their manufacturing units in Asia. The biggest Android phone manufacturer, Samsung, is an Asian media giant. But the demographic shift from Asia is to the more developed Western countries.

The FABC is entering another phase of its existence. The Church must continue to find ways of dealing with the diverse situations and challenges. Communication is increasingly seen as an indispensable instrument in evolving any strategy to address these challenges and responding to the many opportunities.

Father George Plathottam is a priest of the Salesians of Don Bosco and secretary of the Office of Social Communication of the Federation of Asian Bishops' Conferences. The views expressed in this article are those of the author and do not necessarily reflect the official editorial position of UCA News.

ROGER SANGMA
Very well written and explained , Father George's unique and in-depth knowledge in various fields is really amazing . May the Challenges in communication across the world be overcome and May more people know about the Good news and be saved. Thank you Father ! And God Bless
Reply