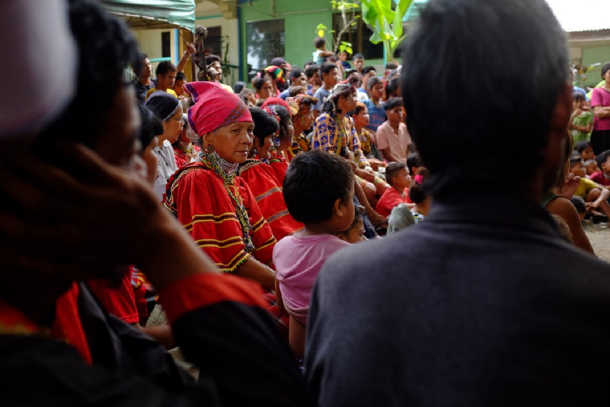 Displaced tribal people have been staying inside the United Church of Christ of the Philippines compound in Davao City since 2015. (Photo courtesy of Pinoy Weekly)

An international human rights coalition has condemned a government order to close a Protestant church compound in the southern Philippines that has been serving as a refuge for displaced tribal people.

The International Coalition for Human Rights in the Philippines called the move "an attack" on the already displaced tribal people and "outright harassment of church workers."

Chairman Peter Murphy appealed to the international community to "denounce this violation of the right to life" of the tribal people.

He said the organization is set to submit a report to the United Nations Office of the High Commissioner on Human Rights on the alleged attacks on tribal people in the country. A resolution issued by the Regional Peace and Order Council in Davao region endorsed the closure of the sanctuary located inside the United Church of Christ of the Philippines compound in Davao. The council has also threatened supporters of the tribal people with arrest and charges if they insist on staying in the compound. An estimated 500 tribal people sought refuge in the compound from the towns of Arakan, Talaingod, Kapalong and parts of Compostela Valley province in the middle of military operations in the areas. "We are here because our families, children are constantly under threat from militarization, the increased presence of soldiers and aerial bombings," said Jong Monzon, leader of the group Pasaka. Tribal leader Datu Mentroso Malibato asked: "What more do they want? They’ve murdered our people. They’ve already displaced us from our ancestral land. They’ve also shut down our schools."

A statement from the United Church of Christ of the Philippines said it would "stand firm on our commitment to serving the indigenous people in Davao region."

"By doing our duty to act as shepherds of the poor and the deprived, we manifest our unwavering commitment to defend the rights of those who are deprived of their civil liberties," it added. The Protestant church denied allegations that its compound in Davao City had violated several laws in relation to its sheltering of the tribal people for the past five years. "The church continues its mission to be a sanctuary for those who are seeking shelter," said Protestant Bishop Hamuel Tequis. A church-run facility, the compound called Haran has served as a temporary shelter for tribal people who have fled their homes since 2015. The compound has been serving about 125 families or 400 individuals.