Activists of Veer Lachit Sena stage a demonstration against the Citizenship (Amendment) Bill in Guwahati in Assam state on Dec. 7. Opponents say the bill is unjust and a threat to India's secularism. (Photo: IANS)

Church leaders and activists are dismayed after the Indian parliament’s lower house passed a citizenship bill that they say is unjust and a threat to secularism.

The Citizenship (Amendment) Bill seeks to amend the Citizenship Act, 1955, to make illegal immigrants who are Hindu, Sikh, Buddhist, Jain, Parsi and Christian, but excluding Muslims, from Afghanistan, Bangladesh and Pakistan eligible for Indian citizenship. The bill relaxes the requirement of residence in India from 11 years to six years for these immigrants.

The government’s logic is that these minority groups have escaped persecution in Muslim-majority nations. However, the bill does not protect all religious minorities, nor does it apply to all neighbors.

The government argues that Muslims can seek refuge in Islamic nations.

“The entire northeastern Indian states were against this bill from the beginning. We Christians are also with the people because this will not only affect local people but also their rights will be lost, affected and divided,” Archbishop John Moolachira of Guwahati told ucanews.

“We are totally opposed to the bill. We as Indian citizens believe in secularism, and dividing people in the name of religion will lose that secularism.

“The northeastern states are already struggling with development issues, youth, health, migration and unemployment. The government should have focused on those issues instead of bringing this bill, which is anti-people.” 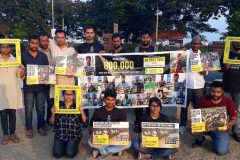 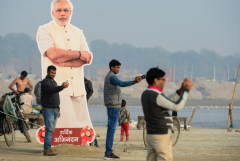 The bill effectively ring-fences Muslim identity by declaring India a welcome refuge for all other religious communities. It seeks to legally establish Muslims as second-class citizens by providing preferential treatment to other groups.

The new bill also amends a provision that a person must have lived in India or worked for the federal government for at least 11 years before they can apply for citizenship.

“Every religion has sects. Sectarian violence is not unknown. If Shias are killed and persecuted by Wahabis in Pakistan, or if Rohingya people seek asylum and Indian citizenship, will they be shot down or sent to jail? A nation is made up of humans, not fanatics,” he said.

“It seems like political posturing with no tenable results. Political benefits may or may not accrue.”

Muhammad Arif, chairman of the Center for Harmony and Peace, said the move “is totally against the Indian constitution and a violation of human rights because the bill targets only a particular community, which is unjust and uncalled for.”

He added: “This is the hidden agenda of the pro-Hindu party [Bharatiya Janata Party], which is trying to make India a Hindu nation targeting only Muslim communities.”

The Muslim leader said that by dividing immigrants into Muslims and non-Muslims, the bill "seeks to enshrine religious discrimination into law, contrary to our long-standing, secular constitutional ethos."