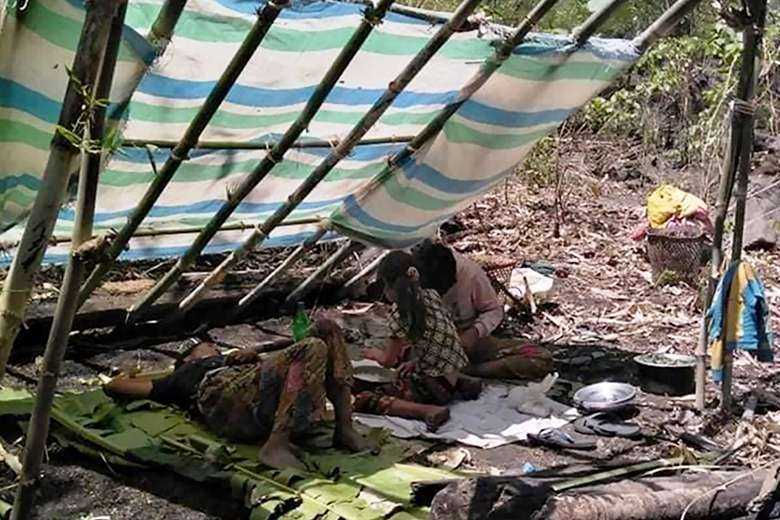 Displaced people in a makeshift shelter in a forest clearing in western Myanmar's Chin state following clashes between the military and local resistance groups in May. (Photo: AFP)

The latest incident was reported on Aug. 31 when soldiers camping for the last two months at a Baptist church in Taal village of Falam township threw away Bibles and hymn books before they left, leaving behind rubbish and leftover food.

More than 150 people in the village were forced to flee their homes as the soldiers destroyed homes and took away their cattle. Those who fled were unable to return to their homes, according to church sources.

Some soldiers occupying St. John Catholic Church in the village of Chat, Mindat township, reportedly took away the consecrated host, opened a tabernacle and destroyed the locked cabinets.

Clothes and other stuff were scattered on the floor while the open tabernacle and destroyed locked cabinets could be seen in photos shared by residents.

The soldiers also destroyed Bibles and the generator from a Baptist church in Chat.

Go beyond the law into love; move from the legalistic, law-oriented mind towards love-oriented heart

Christians in ethnic minority areas such as Kachin, Kayah and Chin states have historically faced oppression and persecution under more than five decades of iron-fisted military rule.

The army’s latest occupation of the churches and destruction of homes in the villages is a result of intensified fighting between the military and local civil resistance groups in the impoverished Chin state.

Various Christian churches have condemned the disrespectful acts of the soldiers, including the consumption of alcohol inside the places of worship, and called this a violation of the Geneva Convention.

The Institute of Chin Affairs, an India-based group of ethnic Chin people, has called for an end to acts against international humanitarian and human rights law.

At least 108 ethnic Chin people including 14 children, seven women, 57 civilians and 51 from civil resistance groups have been killed by the soldiers since the Feb. 1 coup, according to the Institute.

Cardinal Charles Bo of Yangon has denounced the so-called leaders of Myanmar who have failed in their leadership and responsibilities and were “sowing death and despair by pitting the laws and regulations of their head against the people’s heart.”

“Go beyond the law into love; move from the legalistic, law-oriented mind towards love-oriented heart,” Cardinal Bo said in a homily on Aug. 29.

Thousands of people have fled into jungles and displacement camps while others, mostly Christians, have taken refuge in churches since fighting flared up in May in Chin state.

Fighting has been escalating between the military and ethnic armed groups and resistance groups in Chin, Kayah, Kachin, Karen and Shan states since February, leading to more than 200,000 people being displaced. 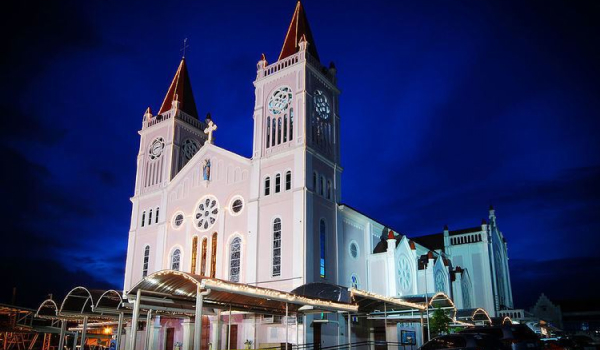