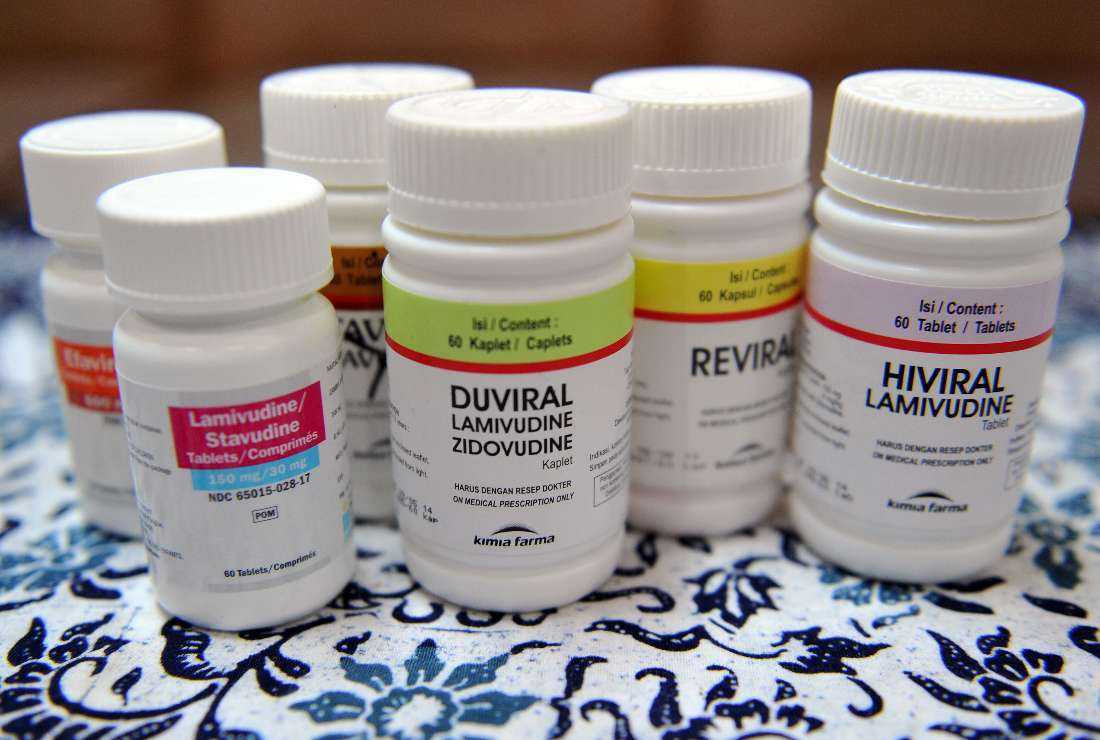 Pills of antiretroviral (ARV) medicine are dislayed at a government hospital specilizing in HIV/AIDS, one day before World Aids Day in Jakarta on Nov. 30, 2010. (Photo: AFP)

As the international community marked World AIDS Day Dec. 1, some priests, church and agency officials said the Catholic Church must focus more on young people living with HIV in Africa.

This comes at a time when the first generation of children living on antiretroviral drugs since birth enters their teenage years or early 20s. According to experts in the sector, the group is facing a host of challenges, including stigma, lack of health services and economic opportunities and misinformation, especially from social media.

Many young people fear disclosing their statuses because of the stigma. But as they also struggle with the challenges, experts say the category of those taking antiretrovirals is extremely crucial in the fight against the pandemic.

"There is a need (for the churches) to do more. Unfortunately, this is the category of the youth who are at risk of being invisible in the church," Jesuit Father Ismael Matambura, director of the African Jesuit AIDS Network, told Catholic News Service. "Often, we cannot account for them. It is more visible that the church has not taken the issues of stigma and youth living with HIV as part of their core pastoral ministry.

"If all the parishes in Africa, for example, put the issue of youth at the center in all dimensions of their services, including HIV, we could cover so much ground," added Father Matambura, saying that the church has the capacity and structures to deliver the transformation needed to reduce the burden of HIV on the continent.

Teresa Odhiambo, a lay leader in charge of family life in the Kisumu Archdiocese, said it was easy to see that the church has not prioritized youth living with HIV and AIDS.

"I think as a church we have failed somewhere in this line, because when we are talking about family life, our concern is families and married couples. We forget the youth," she said, adding that young people with HIV were very secretive and fearful. "If they can think about their age and being HIV positive, that almost makes them crazy, but they need our support and counseling."

In early 2000, affordable antiretroviral drugs began arriving in Africa. The drugs have saved millions of children born with HIV. This year, as the world marks the World Aids Day, many of them in their teens are seeking to understand a condition that sets them apart from their peers.

According to scientists, adolescents living with HIV and AIDS are a vulnerable category, dealing with the challenges faced by all who live with the virus and struggling, among others, with physical, emotional, cognitive and social changes.

At the moment, young people ages 15-24 years account for a third of the new infections, against the continent's 25.5 million people living with HIV, according to the World Health Organization.

"Adolescent girls and young women (ages 15-24) are three times more likely to acquire HIV than adolescent boys and young men of the same age in sub-Saharan Africa. The driving factor is power," the Joint United Nations Programme on HIV/AIDS said in a Nov. 29 statement.

Odhiambo said although very few young people living with HIV were open about their status, some were secretly taking antiretrovirals with the full knowledge of their parents or their peers.

"I think, if we can encourage the young people, many can come out. They are our children. We must take care of them. This is very important for the church," she said, calling for more education and training.

The African Jesuit AIDS Network works in 16 African countries, providing services to people living with HIV and leprosy, among other diseases. In 2002, it developed a program called AHAPPY Generation. The program educates young people across the continent on how to stay free of HIV and AIDS.

Young people promote HIV- and hepatitis-testing campaigns through the program. In schools, AHAPPY clubs are contributing to reduced stigma, among other activities.

"We believe that forming the conscience of the young people positions them to take responsible choices in the right mindset," said Father Matambura.

In western Kenya, brothers from the Congregation of Our Lady Mother of Mercy have been helping children infected and affected by HIV and AIDS since 1982.

Through the Oyungis Integrated Project, brothers started treating adults with wounds that turned out to be related to HIV. They later discovered that many children had been affected.

"So we also created a department for them, because children are different, you had to consider them in a different way. Some are going on with school, they come to our place and are given drugs. We created a fund to help the orphans. These are children who had been left alone and were hopeless," said Brother Vincent Odhiambo. "We took them to our schools so that they could continue with their education."

Brother Odhiambo explained that these and other activities were made to "cure the people in mind so that they do not die too quickly and (to) prevent further infections."