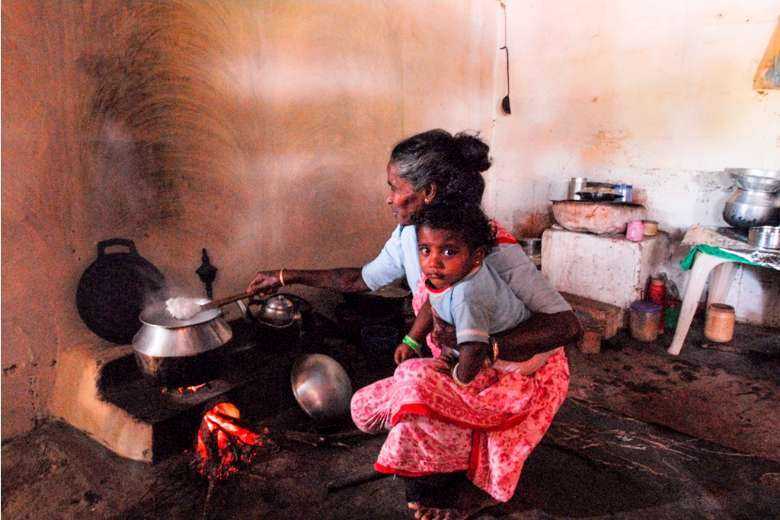 Tea workers in Sri Lanka are mostly Tamils descended from indentured laborers brought by the British from India. (Photo: AFP)

The Catholic Church has urged the Sri Lankan government to expedite investigations into the suspicious death of a minor girl and to ensure reforms to end child labor, especially on tea estates.

Bishop Vianney Fernando of Kandy sought an independent investigation into the death and possible abuse of 16-year-old Ishani, who was employed at the residence of former cabinet minister Rishad Bathiudeen. The case highlighted the abuse and slavery of children and women in the island nation.

The victim was admitted to Colombo National Hospital with severe burn injuries on July 3. She died 12 days later. An autopsy found that the teenager had been subject to repeated sexual assault.

Bishop Fernando called on the government to ensure the prosecution and conviction of all those responsible for the crime through a fair trial.

Police have arrested several people including the wife, father-in-law and brother of the former minister. They have been charged with human trafficking and child labor.

“Bring about legal reforms to ensure that no child can be employed as a domestic worker,” Bishop Fernando said in a press statement on Aug. 6.

He called for the protection of domestic workers' rights and well-being in a letter addressed to President Gatabaya Rajapaksa. “Ensure that the tea plantation community, especially children, can live with dignity, be treated as equal citizens and can enjoy all the rights of other Sri Lankans,” Bishop Fernando stated.

“Put in place a mechanism to closely monitor the education of children from the tea plantation community, take proactive steps to prevent school dropouts and in cases of dropouts monitor their well-being and rights,” he said.

Father Manatunga underlined the need to “desist from using this incident [the death of a minor girl] to gain political mileage or discredit any ethnic or religious community in particular.”

Sri Lanka is the world’s fourth-largest exporter of tea, which is one of its main foreign exchange earners. But its tea workers are a poor and severely deprived community.

Tea workers are mostly Tamils descended from indentured laborers brought by the British from India in the 1820s. They continue to live on tea estates in rows of 400-square-foot rooms, isolated from other communities.

Human rights defender Sudesh Ranasinghe said it would be good if a church commission can be established to look into the problems and issues of tea workers.