Food, essentials and shelter are provided for thousands of people in five swamped provinces 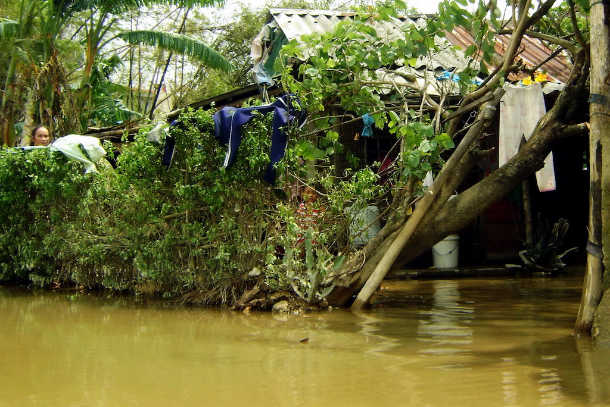 Six people have died and others are missing after floods swamped thousands of houses and public facilities and killed cattle and poultry, according to the government’s rough statistics.

He said thousands of houses were destroyed or washed away, many villages are isolated and many people are homeless and lack food and basic essentials.

“I would like to call on companies, organizations, individuals and benefactors to generously share food and water with innocent and poor victims and help them overcome this difficult time,” Father Tuan said in a special message on Sept. 6.

He said his parish plans to provide more food and building materials so that people can return to normal life.

John Nguyen Tuan, a Caritas worker from Phuoc Tuyen parish in Cam Lo district, said local people, mostly followers of other faiths, had moved to the local church and other places on higher ground to avoid floodwater and had received food from the parish.

“They will face a severe famine as they had their crops and animals washed away and destroyed by the floods,” Tuan said.

Sister Mary Vu Thi Ngoc, who is in charge of climate change issues for the Daughters of Mary Immaculate congregation in Hue, said the congregation plans to provide 2,000 kilograms of rice and 1,000 packets of instant noodles for victims in worst-hit Ha Tinh province. It is also asking benefactors to donate clothes, blankets, food, medicine and money.