Trainee nun 'takes her own life'; priest worried about the effect on Church's reputation

A novice apparently committed suicide on October 10 in a convent in Aroor, Kerala, where she was undergoing training. Maria Roslin, 16, allegedly hanged herself. An inmate of Our Lady of Mercy Convent, she was depressed after her father met with an accident, according to police, who called the incident “a clear case of suicide.” But Church officials sought to play down the latest in a series of incidents, including another apparent suicide – disputed by her family who say she was murdered – by a nun and the arrest of a 24-year-old seminarian yesterday for allegedly attempting to molest an underage girl in Vadakkanchery in Kerala’s Thrissur district. VC Sebastian, secretary of the Syro-Malabar laity commission, said the incidents had “damaged” the image of the Church in the state. Father Paul Thelakat, spokesman of the Syro-Malabar Church, also downplayed the incidents. They “are connected with young religious aspirants and do not reflect the true image of the church. The church is with everyone who fails and falls. Let the church be hope of the hopeless and abode of the fallen.” Sebastian Paul, a former MP and a Catholic, said: “The clergy is losing its good Samaritan image.” Related report Family demand nun death probe 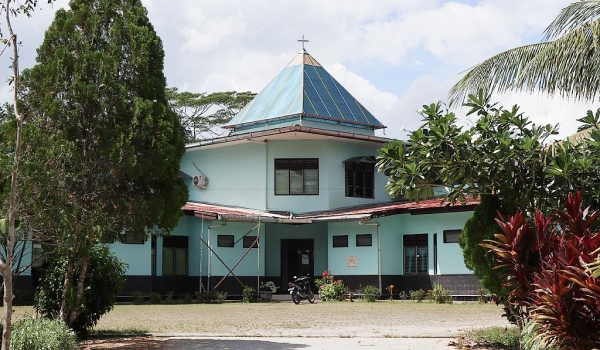