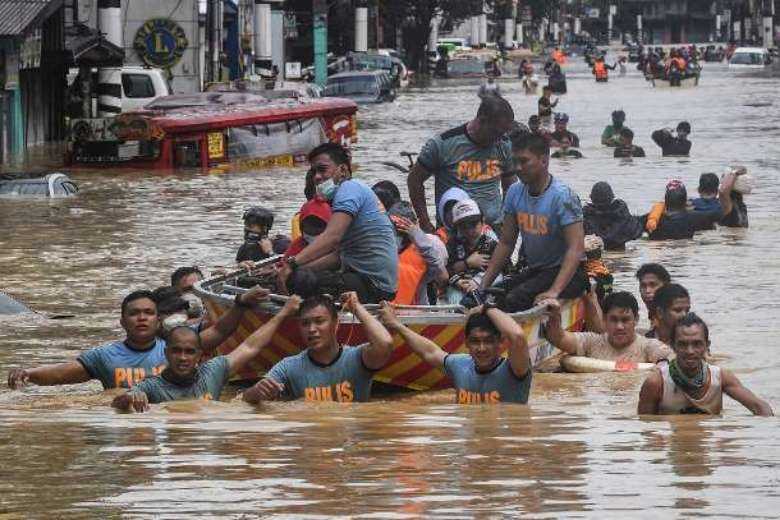 Church leaders say a proposed mega highway near the Pasig River in the Philippine capital Manila would cause more flooding in communities. (Photo: AFP)

Construction of a 20-kilometer, six-lane elevated expressway that would cross the main waterway cutting through the Philippine capital Manila has drawn strong opposition from the Catholic Church.

The river is a 25-kilometer waterway that was used as a transport route by Spanish missionaries when they entered the city from Manila Bay.

It was declared biologically dead in 1990 due to pollution but has undergone a clean-up and rehabilitation over the past few decades to revive its marine life.

Transport authorities say the road project, which would cross the river and follow a path along its banks to connect several suburbs, is necessary to alleviate traffic congestion.

However, the proposed highway could undo all that work, according to Pasig Diocese.

“The Pasig River is a silent witness to history ... The journey of the first Augustinian missionaries is believed to have passed along this river”

Construction would also involve dredging or excavation work which would cause more flooding in the many communities living along the river’s bank.

“Pollutants from passing motor vehicles will contaminate the Pasig River. The project will dredge several parts of the river. Dredging is not a remedy for flooding, it can make flooding worse. It can also make water quality worse by releasing buried toxins,” Pasig’s Bishop Mylo Hubert Vergara said in a pastoral letter released on March 26.

He said construction would not only kill off marine life but also some of the country’s cultural heritage.

“The Pasig River is a silent witness to history ... The journey of the first Augustinian missionaries is believed to have passed along this river,” Bishop Vergara added.

The diocese also said families living along the banks would be exposed to intolerable noise and air pollution during construction and when the highway opened to traffic.

“It will cause health problems while neighborhoods underneath its shadow are likely to suffer urban blight because these areas will be less attractive for homes and economic activity, there will be diminished potential for development, jobs and livelihood opportunities and a reduction of real estate market values,” the bishop said.

“Parex will destroy our heritage. Change is something desirable, yet it becomes a source of anxiety when it causes harm to the world and the quality of life of much of humanity.”