Independent delegation from New Delhi is seeking a solution to crisis 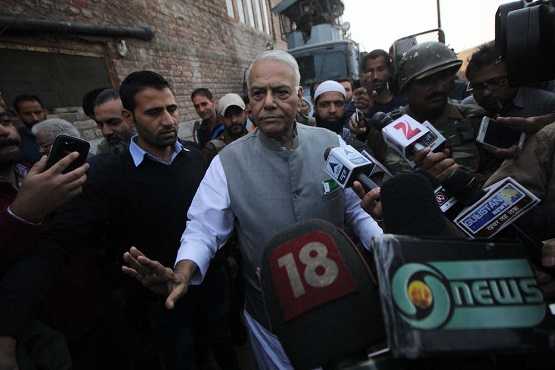 Yashwant Sinha, leader of an independent team from New Delhi, talks to reporters after arriving in Srinagar, Jammu and Kashmir state on Oct. 25 for talks with separatist leaders. (Photo by Umer Asif)

In a fresh move to end the three-month long violence that has claimed more than 90 lives in India's Jammu and Kashmir state, a team from New Delhi has began talks with separatist Muslims leaders.

However, Sinha said that they were not an official delegation but had come together in their "individual capacities."

Church officials joined political, religious and social organizations in welcoming the effort to bring peace to the region that has witnessed prolonged curfews, civil unrest and military action.

"We want the present cycle of violence to end. Dialogue and reconciliation is the only way forward," said Father Prem Tigga of Jammu-Srinagar Diocese that covers all of Jammu and Kashmir, India's only Muslim-majority state.

"The church hopes such initiatives will continue so that the people who have borne the brunt of present unrest can heave a sigh of relief," Father Tigga said.

Violence began to engulf the Himalayan region on July 8 when militant leader, Burhan Muzaffar Wani was killed by police in South Kashmir.  His separatist supporters clashed with the army in a series of encounters that left about 90 people dead and 11,000 injured.

Sinha said his team does not represent the Indian government. "We are not a delegation. We are a few people of goodwill. We have come here on humanitarian grounds to share the pain of the people," he told media.

Though there has been no official endorsement of the visit, the government’s permission to allow separatists to meet the delegates hints at back channel talks between the federal government and separatist leaders to end the present crisis.

Geelani, the 87-year-old leader, who advocates for Kashmir’s merger with neighboring Pakistan, asked for the "unconditional" release of protestors who have been charged by the Indian government.

Mirwaiz Umar Farooq, after meeting the delegation at his residence, said that the people of Kashmir can no longer be "subjugated" by the militarily and the past 109 days have revealed the local population’s steadfastness for their cause.

"The issue of Kashmir needs to be understood in its real perspective and addressed," Mirwaiz said at a press conference.

Opposition party, the Jammu and Kashmir National Conference approved the talks. "Dialogue is the only way through which issues are resolved. We want such measures to continue for the greater common good," General Secretary Ali Mohammad Sagar told ucanews.com.

In the last 30 years, an estimated 100,000 people have died in Jammu and Kashmir, including civilians, militants and army personnel, after groups began an armed struggle for freedom from Indian rule or to merge with neighboring Pakistan. Both countries claim the region and each administer part.

The region has been a sensitive issue for both India and Pakistan ever since they become two different nations in 1947 when British rule ended in the subcontinent. The nuclear powers have fought at least three major wars over Kashmir. 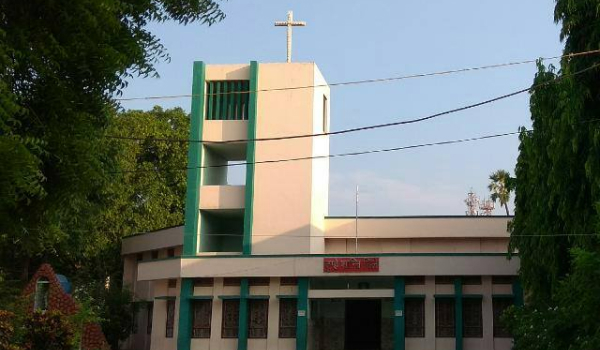