Last October, the Vatican disseminated a survey on family life in the Catholic Church, as a prelude to the forthcoming Synod on the Family, scheduled for October this year.

Every diocese was sent a copy of the questionnaire, with a request to circulate it as widely as possible, and to send in their results by December 2013.

Many bishops’ conferences did this, even though it was found that many questions posed were clumsy and sometimes unintelligible. Broadly speaking, the enquiries related to four main areas.

The first concerned relationships and modern pressures on the family, divorce and remarriage, premarital sex and sacramental life in families.

The second addressed birth control and contraception, and issues related to responsible parenthood.

Third were gender issues as well as sexuality between men and women and same-sex relationships. Abuse and violence in the family also fell into this bracket.

The last area was how the Church teaches and how it listens to the laity.

When the results came in, many in the hierarchy were astounded at the gulf that exists between Church theory and practice.

In many areas, especially in Europe and the United States, most Church teaching on premarital sex, contraception, divorce and remarriage, as well as same-sex relationships are simply ignored and flouted.

The crying need in the West is the admission of the divorced and remarried to the sacraments (which they are presently denied).

It’s not that the reactions to the survey were uniform everywhere. They varied dramatically with geography and culture, according to a poll by Univision.com.

For instance, 75 percent of Catholics in Europe disagreed with the current teaching on divorce, remarriage and Communion, and 19 percent agreed. In Africa the statistics were exactly the opposite.

Family life in India is not as fractured as it is in the West, or so we like to think. So why the reluctance of bishops in India to publicize the Vatican survey on the family and its results?

As far as this writer is aware, this has been done guardedly, almost secretively, and only by a few dioceses. In fact, there has been no public discussion of this survey with the laity at all.

Is the “Indian reality” so very different? Does the Vatican survey “make sense” in Indian society?

Yes, these questions do make sense, even though they are not spoken of loudly. One reason is probably hypocritical – Indians like to pretend that “these things don’t happen here”.

Another being that weddings are still a “religious showpiece” (no matter which religious community), and for the sake of family it must be ‘gone through,’ no matter what the man and woman involved actually think.

It’s also true that there is much more cohabitation between young people today than in an earlier generation. Urban youth have access to sexual information through the media, and there’s the urge to “try everything at least once”.

But the real revolution is taking place not so much in metropolitan cities, as in ‘small town’ India, where ‘sexual wellness’ is big business and online marketing ensures both speed, privacy and wide access to appliances and medication meant to enhance sexual pleasure.

Only the naïve would still hold that such technology has no impact on lifestyle and family values, whether on Christians or on those of other faiths.

In this respect, there is one problem that is particularly affecting Christians: interfaith marriages.

With access to better education and rising incomes, more and more Christian girls are seeking partners from other churches or of other faiths.

In North India, for instance, half of all Catholic marriages involve either a Protestant or someone from the Orthodox Church, or Christian rite; or of another faith.

This is an area of discomfort and denial for many in the Church hierarchy.

The traditional attitude of the Church to interfaith marriage is still a quiet attempt at the conversion of the non-Catholic partner, and a refusal to respect the faith experience of the other.

This is part of an institutional mentality of “always being right”, and it will continue until the Church – clergy and laity – sees itself (in the words of Pope Francis) as a “field hospital”, whose primary mission is to heal those wounded by the vicissitudes of life.

The upcoming synod also highlights a need for change in the Church of today: the need to become ‘a listening Church’.

For centuries, the hierarchical Church has been a teacher, not a listener. Its teachings have not just been authoritative, but frequently authoritarian.

Today we realize that this just won’t work anymore, especially in an area where the laity has far more experience than the clergy – the family.

Today’s family is under pressure everywhere. It is the wisdom of our present pope to have realized this, and to have called for feedback from Catholic families across the globe.

It’s also time for the 'listening Church' to tell the 'teaching Church' many truths it probably doesn’t want to hear.

Jesuit Fr Myron Pereira is a media consultant based in Mumbai. 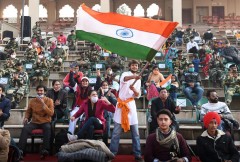 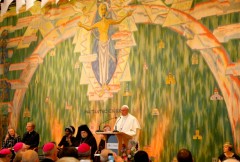