Drivers and motorcyclists battle through flooded streets in Dehradun, the capital city of Uttarakhand state, after heavy rain on Aug 28. (Photo by IANS)

India's monsoon floods have claimed 1,400 lives and rendered millions homeless as church agencies and others work to provide relief.

The unusually heavy southwest monsoon that hit the southern tip of India in June is making its last lap in northern India and creating unprecedented rains.

Uttar Pradesh, India's most populous state with 220 million people, has been battered by heavy rain, making the Ganges River and its tributaries overflow and inundating hundreds of villages.

At least 254 people have died in the state during the monsoon season. About 12,000 people are living in 32 temporary relief camps set up by the state administration.

A National Emergency Response Centre report on Sept. 3 said 1,400 people had died in flood-related incidents across 10 states from June to August.

Most deaths occurred when people were caught under landslides or collapsing houses and trees. Some people were electrocuted.

"We are coping with the situation in our diocese and neighboring places," Bishop John Vadakel of Bijnor told ucanews.com.

His diocese in the northern part of Uttar Pradesh was among areas badly affected by floods. Others included Moradabad, Sambhal, Kannauj, Farrukhabad, Kanpur, Unnao and Badaun. 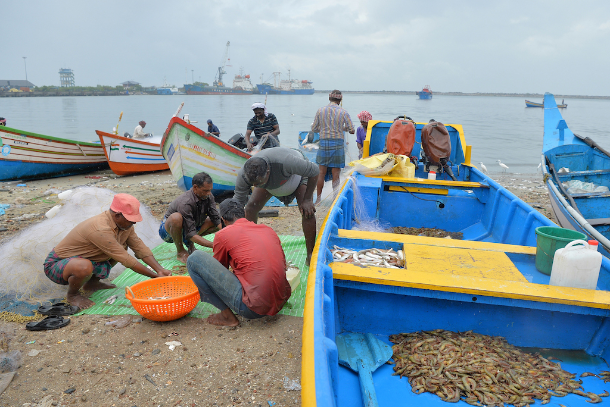 Bishop Vadakel said the tragedy had come when people had not fully recovered from last year's flooding that severely crippled the India-Nepal border.

"We have been helping flood victims rebuild their houses and businesses. In some cases, we give financial help," he said.

Bishop Vadakel said his diocese was assessing ways to help affected people, mostly Hindus. Christians are a minuscule minority who form less than one percent of the state's population.

Bishop Peter Parapullil of Jhansi said the situation is under control in areas covered by the diocese as water is receding. The church is accessing the situation and if required will join others with the help of Caritas India, he said.

Pinto said the agency's focus is on Kerala, which had its worst flood in a century, but its diocesan partners are providing material and financial help for affected people in all states.