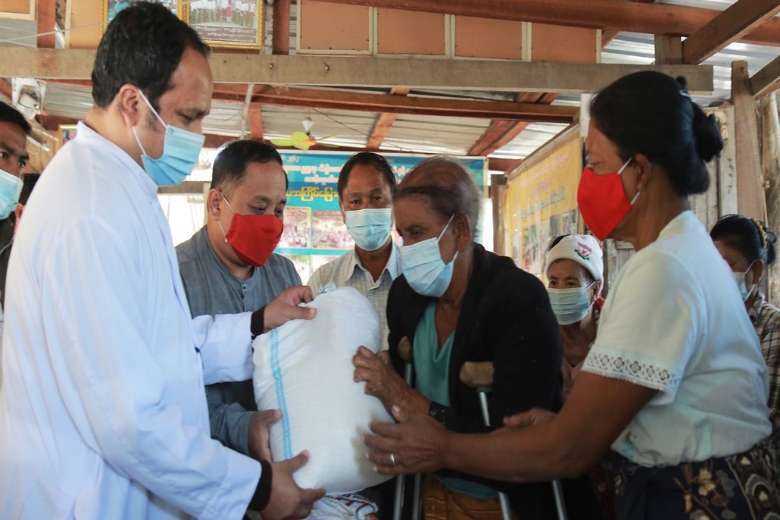 Church officials have reached out to lepers in Myanmar facing hardships due to the Covid-19 pandemic.

They supported 120 vulnerable families and 25 patients who are in a hospital run by the government for people with Hansen’s disease.

The archdiocese has a monthly outreach program for the lepers who include Catholics and other Christians among the hundreds of residents.

Church officials joined by nuns and laypeople organize Mass and special gatherings during Christmas and Easter and some donors provide meals for all lepers regardless of race and religion.

Leprosy is still a problem in Myanmar as new cases are found. Abandoned by their families, lepers often have no one to care for them.

Catholic nuns have played a great role in the service of people with Hansen’s disease and run leper colonies in various places including Naung Kan and Loilem in Shan state.

According to the World Health Organization (WHO), leprosy is a chronic but not highly infectious disease. If left untreated, it can cause permanent damage to the skin, nerves, limbs and eyes. Medical programs using multi-drug treatments have reduced the number of afflicted people around the world.

On Dec. 21, Mandalay Archdiocese’s Covid-19 response team provided food items to needy families including those from Buddhist and Hindu communities.

Myanmar has been grappling with a second wave of the contagion as cases have surged in major cities such as Yangon and Mandalay since late August.

Starting from mid-December, cases have relatively dropped in Yangon and Mandalay but restrictions on major gatherings and a nighttime curfew remain in place.

Churches remain closed in Mandalay and the nearby town of Pyin-Oo-Lwin but other churches across the country are holding public Masses with no more than 30 participants.

According to the latest data, 1,944,583 people have died out of more than 90 million confirmed cases worldwide.