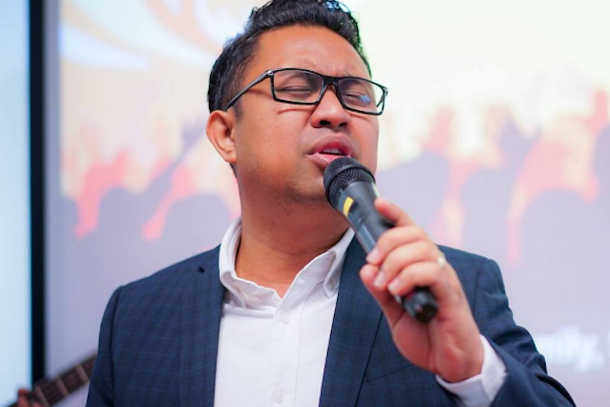 Amid a surge in religious bigotry on social media following the activities of a controversial pastor, Christian leaders in Myanmar have appealed to people to work together to fight Covid-19 in unity and love.

The appeal comes after controversial Christian pastor David Lah and three others were charged with defying a ban on large gatherings imposed to tackle Covid-19 on March 13.

The four face a maximum of one year in prison under the 2013 natural disaster management law.

Church officials said the recent event, which erupted on social media, was hurtful to Buddhists, Muslims, Christians and other believers. They said it was related to an individual Christian pastor without mentioning his name.

“We, the church leaders, also feel the same pain together with our brothers and sisters upon the hurtful event,” Christian leaders said in a joint statement.

“We appeal to you to put the effort in battling Covid-19 in unity and love as the coronavirus pandemic threatens people the world over regardless of race, religion and caste.”

Archbishop Marco Tin Win of Mandalay urged Catholics not to write, post or share on social media anything that harms other religious beliefs.

“Nurture love, forgiveness, sympathy and patience. Pray for one another and for the people across the world,” Archbishop Tin Win said in a Burmese New Year message on April 17.

In a video clip that went viral last week, David Lah told worshipers that those who are really centered on Jesus will not be infected by Covid-19.

Lah, a Canadian passport holder, is a controversial figure because of his polarizing views and he is also widely criticized for his anti-LGBT and Islamophobic rhetoric.

The case also drew the attention of State Counselor Aung San Suu Kyi, who urged people to use their strength only for fighting the Covid-19 contagion in unity to overcome the common enemy.

At least 55 infections in Yangon have been linked to church services in Insein and Mayangone townships, according to local media reports citing health officials and lawmakers.

Myanmar has reported 111 COVID-19 cases including five deaths, according to the latest data.

In the wake of surging cases in Myanmar’s commercial city, authorities launched a curfew from 10pm to 4am on April 18 and a stay-at-home order has been imposed in seven townships in Yangon.

Only civil servants, corporate employees, delivery workers and medical personnel will be allowed to leave their homes.

Cardinal Charles Bo said Divine Mercy Sunday was a great reminder to return to “our humanity.”

“Our Buddhist brothers in this land have long nurtured two virtues: compassion and mercy (Karuna and Metta) as two eyes of their life,” Cardinal Bo said in a homily during Sunday Mass to celebrate Divine Mercy on April 19. “So we are united in our sacred pilgrimage of Mercy-Metta as the people of Myanmar.”

Buddhists account for 88 percent of Myanmar’s population, while Christians make up 6.2 percent, Muslims 4.2 percent and Hindus 0.5 percent, according to official data.