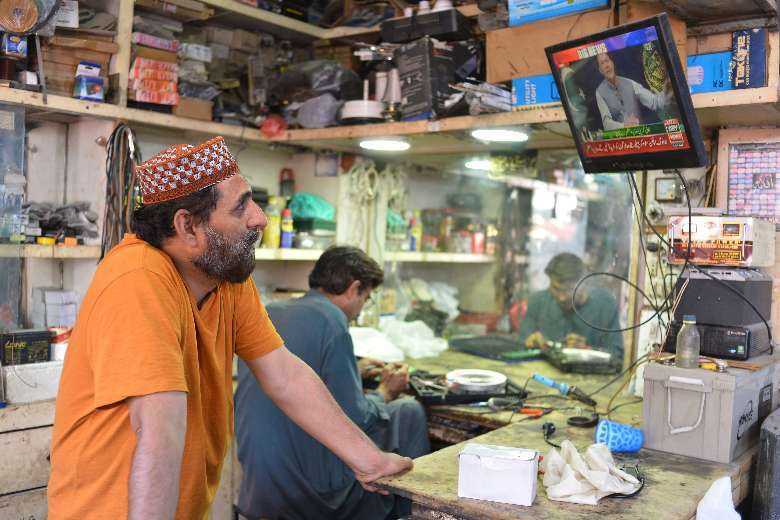 Church leaders in Pakistan have condemned Prime Minister Imran Khan for causing a political and constitutional crisis by blocking an opposition attempt to oust him.

The Supreme Court of Pakistan on April 4 adjourned without deciding on the legality of the premier calling an early election, sidestepping a no-confidence vote that would have booted him out from office.

The opposition was expected to take power on April 3 after mustering enough votes to oust the cricketer-turned-politician, but the national assembly deputy speaker refused to allow the motion to proceed, citing “foreign interference.”

Simultaneously, Khan asked the presidency — a largely ceremonial office held by a loyalist — to dissolve the assembly, necessitating fresh elections within 90 days.

“He is blaming others one after another for his own profit. One person cannot make all the rules and decisions. The priority should be the reputation of the country and the people. The Church wants stability and improvement in human rights,” Bishop Indrias Rehmat of Faisalabad told UCA News.

“Inflation, human rights violations, insecurity and a lack of respect for religious freedom have led to plunder. Partial truths and injustices have resulted in lawlessness in our country. The situation won’t improve without following constitutional guidelines.”

“We are going into a recession. The politicians can carry on with the mess but the country’s loss will be enormous. They haven’t built a nation yet”

The political uncertainty is already affecting the failing economy as Pakistan Stock Exchange’s benchmark KSE-100 index shed 1,250.07 points on April 4. The rupee also maintained a record-breaking downward streak and slipped below 184 to the dollar for the first time in the history of the country.

Father Mario Rodrigues, chairman of the coordination committee between Karachi Archdiocese and the Sindh government, predicts the rupee will drop even further.

“We are going into a recession. The politicians can carry on with the mess but the country’s loss will be enormous. They haven’t built a nation yet,” he told UCA News.

According to the World Justice Project’s Rule of Law Index 2021 report, Pakistan is among the lowest-ranked countries for adherence to the rule of law, ranking 130th out of 139 nations. Pakistan manages a poor 0.39 score with the second last position in South Asia.

Father Bonnie Mendes, former executive secretary of the Catholic bishops’ National Commission for Justice and Peace, is livid at the political chaos.

“Members of parliament are bound to be faithful to the constitution. This has not been done; total non-compliance. Each one should be punished severely by the court and for all time.  Members will know that they cannot do what they like but remain within the limits of the law to act at the service of the country,” he said.