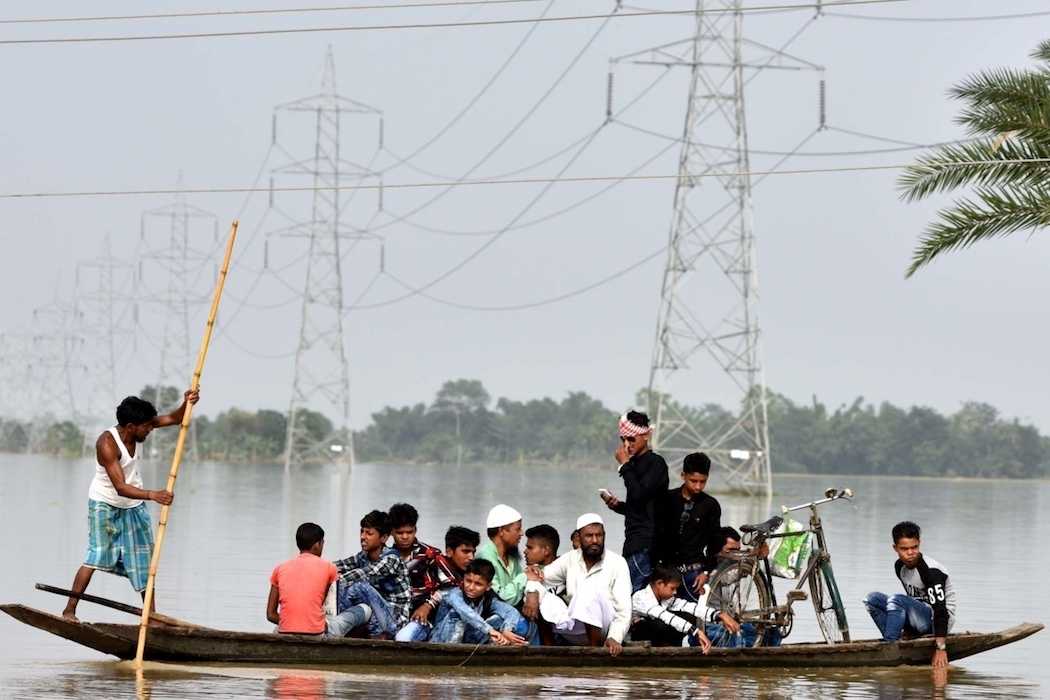 Flood-affected villagers travel by boat to safety in Hojai district of Assam on June 16. Church groups are rushing help to hundreds of families in the flood-hit states of Mizoram, Manipur, Assam and Tripura. (Photo by IANS)

Church agencies are rushing aid to thousands of people in northeast India after floods and landslides claimed at least 23 lives in the past week.

The worst-hit villages are in the states of Assam, Manipur, Mizoram and Tripura, where floodwater caused by monsoon rains inundated homes and farmland in low-lying areas. Landslides have cut off roads in hilly areas while rivers are rising to dangerous levels, leaving hundreds of villages marooned.

"The situation is very grim because we are not able to reach affected areas due to landslides," said Father Lawrence Kennedy, director of the social service center in Aizawl Diocese in Mizoram.

The priest told ucanews.com on June 19 that the rain had stopped for two days. Church officials and volunteers are trying to reach villages on foot as most of the roads are in bad shape and movement of vehicles is not allowed.

Media reports quoting officials said at least 23 people have died in flood-related accidents in the four states, where close to 500,000 people are living in about 500 relief camps. At least 700 villages are under water.

Assam State Disaster Management Authority said at least 448,000 people are affected in the state, where the Brahmaputra River is flowing above dangerous levels in some places. Assam has 213 relief camps. A family in Assam try to save their belongings in a temporary shed after floods hit their home. (Photo courtesy of Caritas India)

She said water sources have been contaminated and sources for safe drinking water are difficult to access.

"The health of affected communities is under serious threat as there have already been some reported cases of diarrhea, fever and skin infections due to the floods," Pinto said.

Archbishop Dominic Lumon of Imphal in Manipur said the situation is under control in his area and parishes are taking care of affected people.

"Since parishes are capable of handling the situation, we at the diocesan level are not involved in the process, but we are ready to help," he said.

In Guwahati Archdiocese in Assam state. Archbishop John Moolachira told ucanews.com that government terms were doing a fine job but the church was ready to help if required.